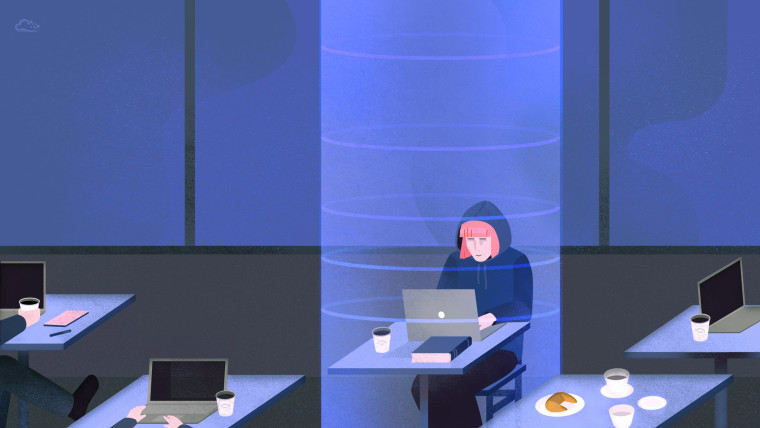 According to the two market research firms, PC shipments were off to a slow start in 2016, which is not unexpected - given the fact that mobile is eating the world.

Gartner estimates the total number of PC shipments for Q1 2016 at 64.8 million units, a 9.6% decline year-over-year and the sixth consecutive quarter that follows the downward trend. The firm also notes that this is the first quarter since 2007 when PC shipments fell below 65 million units.

As you can see in the table above, the top five vendors were Lenovo, HP, Dell, Asus, and Apple. The interesting thing to note is that Asus and Apple were actually able to grow their PC business by 1.5% and 1%, respectively, while the others saw a pretty significant decline. HP - the company that recently unveiled its most beautiful PC yet - was pretty close to seeing a double digit decline, but luckily didn't sink further than 9%.

IDC uses a slightly different definition of what constitutes a PC (doesn't include "detachables" such as the Surface Pro 4, Surface Book, iPad Pro, Pixel C), so their estimate of PC shipments for Q1 2016 is at only 60.6 million units, which means a year-over-year decline of 11.5%.

The firm attributes the findings to a combination of weak consumer demand, slow enterprise adoption of Windows 10 (which can also mean hardware upgrades), and the volatility in stocks and commodities. Gartner also mentions the strength of the U.S. dollar as one of the potential factors at play. 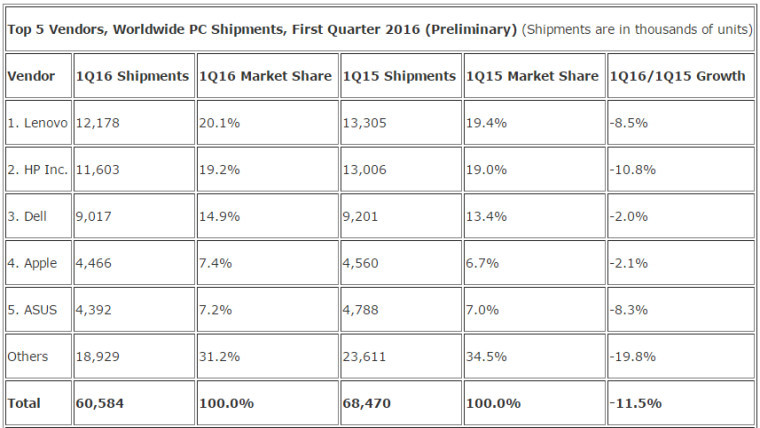 While IDC agrees with Gartner that Lenovo, HP, and Dell were down, Asus and Apple are in the red too, and it's easy to see why - "detachables" such as the Asus Transformer and the iPad Pro don't count as PCs in the firm's book, and that also makes HP's PC business look like it took a two-digit dive of almost 11%.

While these numbers paint a picture of "doom and gloom" for PCs, both IDC and Gartner are at least somewhat optimistic about 2016. The firms expect businesses to speed up their hardware upgrades in the transition to Windows 10 towards the end of this year, and IDC thinks that education spending can also contribute to a rebound in PC shipments.

"Nevertheless, IDC still projects total business IT spending to grow compared to 2015, and as we head toward the end of 2016 things should start picking up in terms of Windows 10 pilots turning into actual PC purchases", Jay Chou, Research Manager at IDC Worldwide PC Tracker, said in a statement.

We'd like to know: are you planning to purchase a new PC in 2016? Do you happen to work for a business that is planning a hardware upgrade this year? Sound off in the comments section.