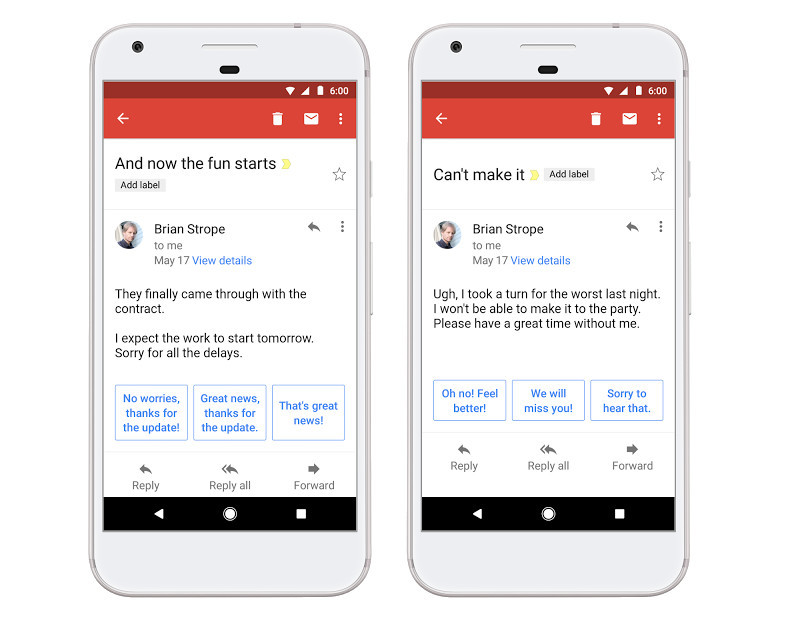 Earlier today, Google announced that "Smart Reply", a feature already available in the Inbox by Gmail and Google Allo apps, is making its way to the Gmail app for Android and iOS. The app is said to support English language replies initially, with more languages to be added later.

Smart Reply is gaining some traction among Inbox by Gmail users with roughly 12 percent of them using it on a regular basis. The feature uses machine learning to suggest appropriate responses to the content in the received mail. Once selected, a chosen response can be sent as-is or edited before sending.

According to the Google Research Blog, the generated replies become more personally tailored as the machine learning algorithm takes into account the user's messaging styles when churning out suggestions. The system learns from the suggestions that are selected over time to improve its capabilities.

The Smart Reply feature is currently rolling out to the Gmail app for Android and iOS. There is no word on whether it will be coming to the Gmail on the web anytime soon, but it's already available in the web version of Inbox by Gmail.