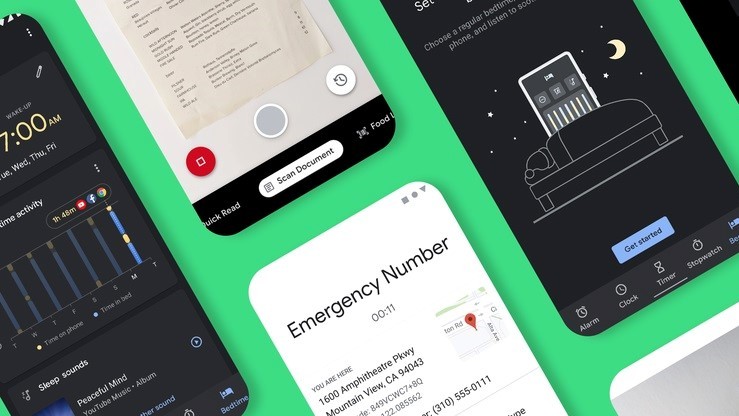 Google is preparing to release Android 11 sometime soon, with the final beta version having been released last week. In the meantime, though, the company is rolling out new features to existing versions of Android, without requiring a major system update to enable them. There are a total of five new features heading to Android devices today.

For starters, Google is expanding the capabilities of Emergency Location Services, a feature it introduced for the first time in 2016. Since its inception, the capability has allowed Android users to automatically share their location with emergency services whenever they call them, and now Google is making it so that you automatically share your system language, so operators can more quickly route callers to someone who speaks their language. This feature is available on Android 4.1 and above.

Google has also created the Android Earthquake Alerts System, which turns Android phones into "the world's largest earthquake detection network". With this in place, it'll be easier to find earthquake information by searching "earthquake near me" on Google Search, and in California, users will get alerted about earthquakes on their phones thanks to a partnership with ShakeAlert. These features work on Android 5.0 or newer.

Google is bringing the bedtime features in the Clock app to more Android users, after they launched exclusively for Pixel devices a couple of months ago. With the new Bedtime tab in the Clock app, users can set bedtime reminders, track their screen time at night, and fall asleep to sounds from apps like Calm, Spotify, and YouTube Music. There are a handful of other features, such as the Sunrise Alarm, which simulates the natural progression of sunrise light as your alarm time approaches.

For users with special accessibility needs, the Lookout app launched last year is getting a few upgrades. It now works in French, Italian, German, and Spanish, in addition to English, and it's now available on more than just Pixel devices. Additionally, there are a couple of new features, including Food Label and Scan Document, which recognizes products from their labels and makes long-form physical documents more readable, respectively. The app should also work better with screen readers such as TalkBack. Both the new Lookout app and the Bedtime features require Android 6.0 or newer.