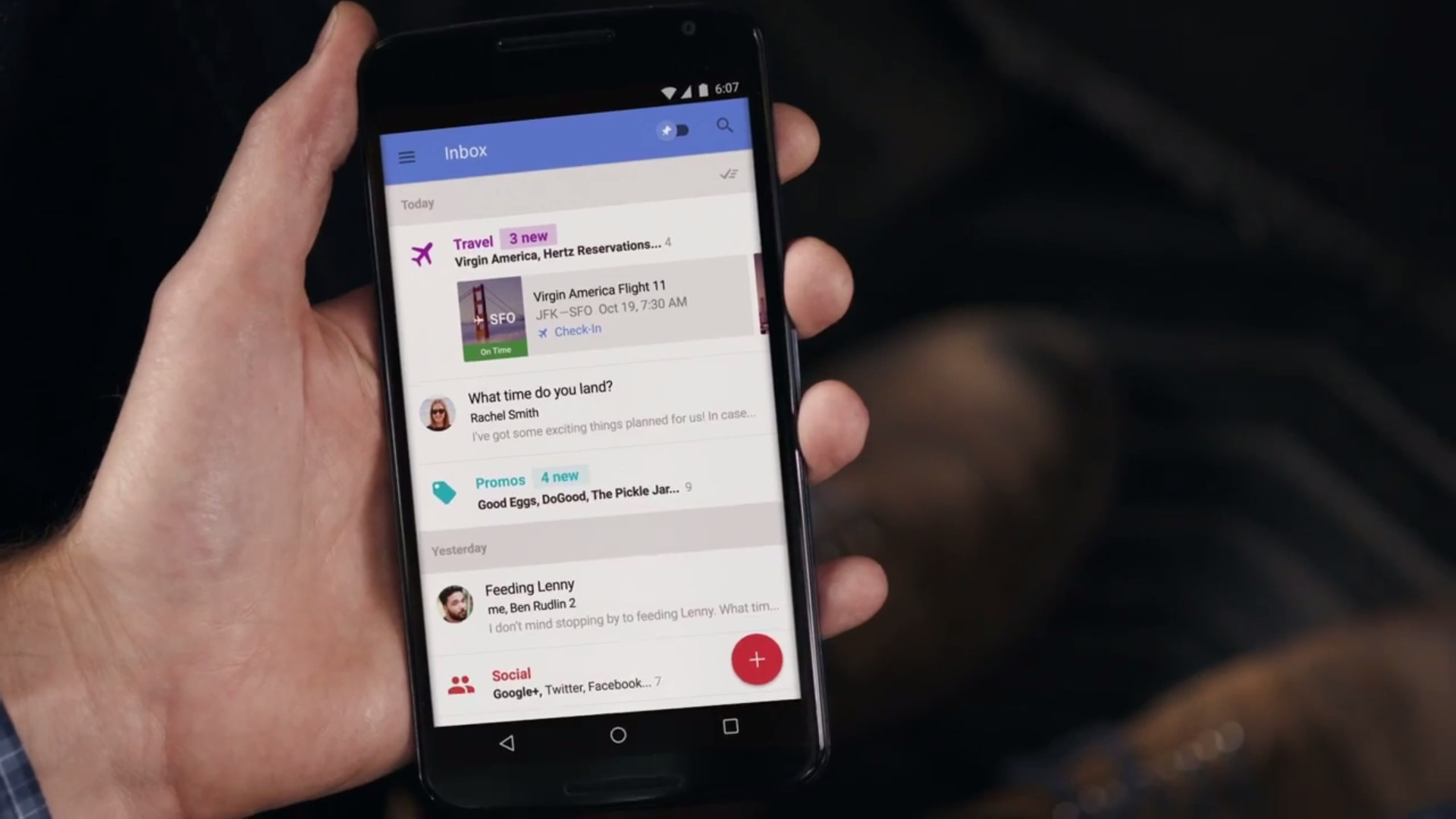 Google has introduced the new Google Inbox platform: built on your existing Gmail account, Inbox contextually analyzes the emails you receive (whether it's a receipt, a coupon, a flight manifest, or an invite to a friend's party) and groups it together. The more important emails are given much higher visibility, and things like newsletters are given less prominence. That is of course based on your own usage: if Google Inbox notices that you typically do read those newsletters, then they will be given more prominence and so on.

Google Inbox itself is separate from Gmail. While in the future they might be merged, as it stands Gmail only screens for spam. If you've opted for the newer Gmail inbox introduced last year, then it would be sorting your email into Primary, Social and Promotional columns, but that's it: there is no machine learning to check on the individual users' habits and "smart" sort the different types of mail-- Google Inbox will be filling this void.

There are three key elements to Inbox:

Although this may scare some people as being intrusive, for those of us who already have sold or don't mind selling our soul to Google then it's a pretty great way of keeping track of everything. Contextual devices and apps are becoming more and more prominent, and things like this are a natural evolution of how we organize our day-to-day living.

At the moment, Inbox is in beta and is invite only. If you'd like to request an invite, send an email to inbox@google.com. The Inbox website can be accessed here.

Check out the Google Inbox video below: