Google has finally upgraded its first smart speaker – Google Home – that was launched in 2016. Through this period, the company introduced its smart displays and also rebranded its smart home division as Google Nest.

And so, here we are with the new Google Nest Audio. The Nest Audio sits between the entry-level Nest Mini (the second-generation upgrade to the Google Home Mini) and the more expensive smart displays - Google Nest Hub and Nest Hub Max.

The Google Assistant-powered smart speaker does what it’s supposed to do but also ups the ante on the audio quality. How does it fare in achieving that? Here’s my comprehensive review of the new Nest Audio.

The Nest Audio is a successor to the original Google Home but doesn’t look anything like the latter. It now looks more in sync with Google's portfolio of fabric-covered speakers, like the Nest Mini.

The soft woven fabric is made from 100% recycled plastic bottles this time around – a move towards the company’s commitment to include recycled materials in all its products launching from 2022. A brownie point for sustainability there, sure. 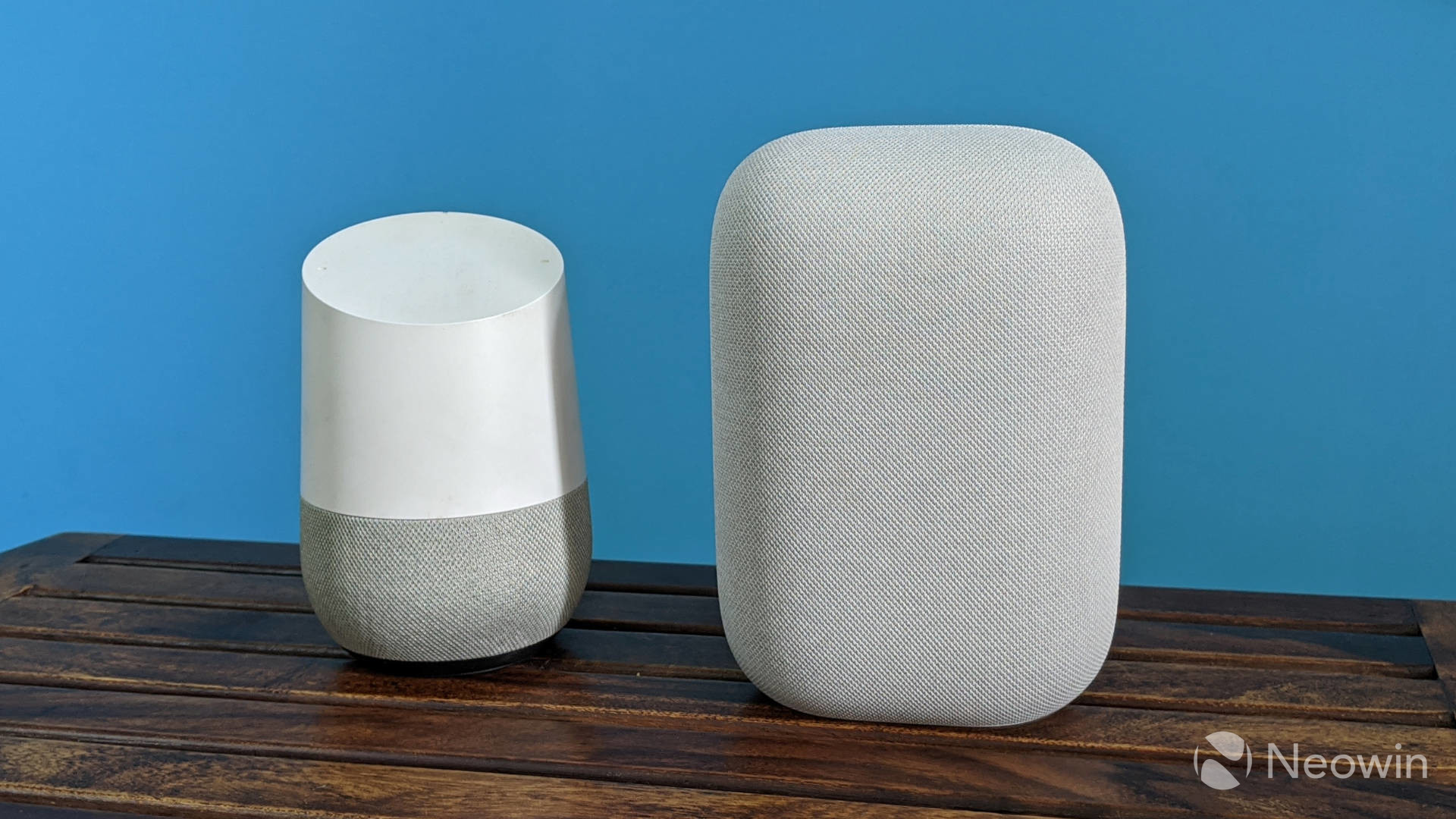 Nest Audio is wider as well as bigger than the Google Home. It does have some heft to it, thanks to the aluminum in the front and magnesium in the back. Since it is meant to be always plugged in and not carried around the home, the weight isn’t a showstopper, but the stability helps prevent distortion at high volumes.

The top of the speaker has touch zones – the left and right corners are for volume down and volume up, respectively, while the middle one is to play or pause the playback. The controls are ingenious and work better than Nest Mini because the surface area is quite broad, so you don’t really need precise placement. That said since there are no visible markers on the speaker, a guest at your home who’s not used one before might struggle with it. However, it’s a smart speaker, so one can always use voice to control the playback.

There is a lone switch at the back to mute the microphone. On the front, there’s a row of four LEDs hidden behind the fabric which light up when you interact with the speaker.

The fabric all around gives it a very neat monolithic look which blends very nicely with most setups – unless you prefer something that screams attention. The fabric on my older Google devices has held up very well over time, so I think there’s no worry there. 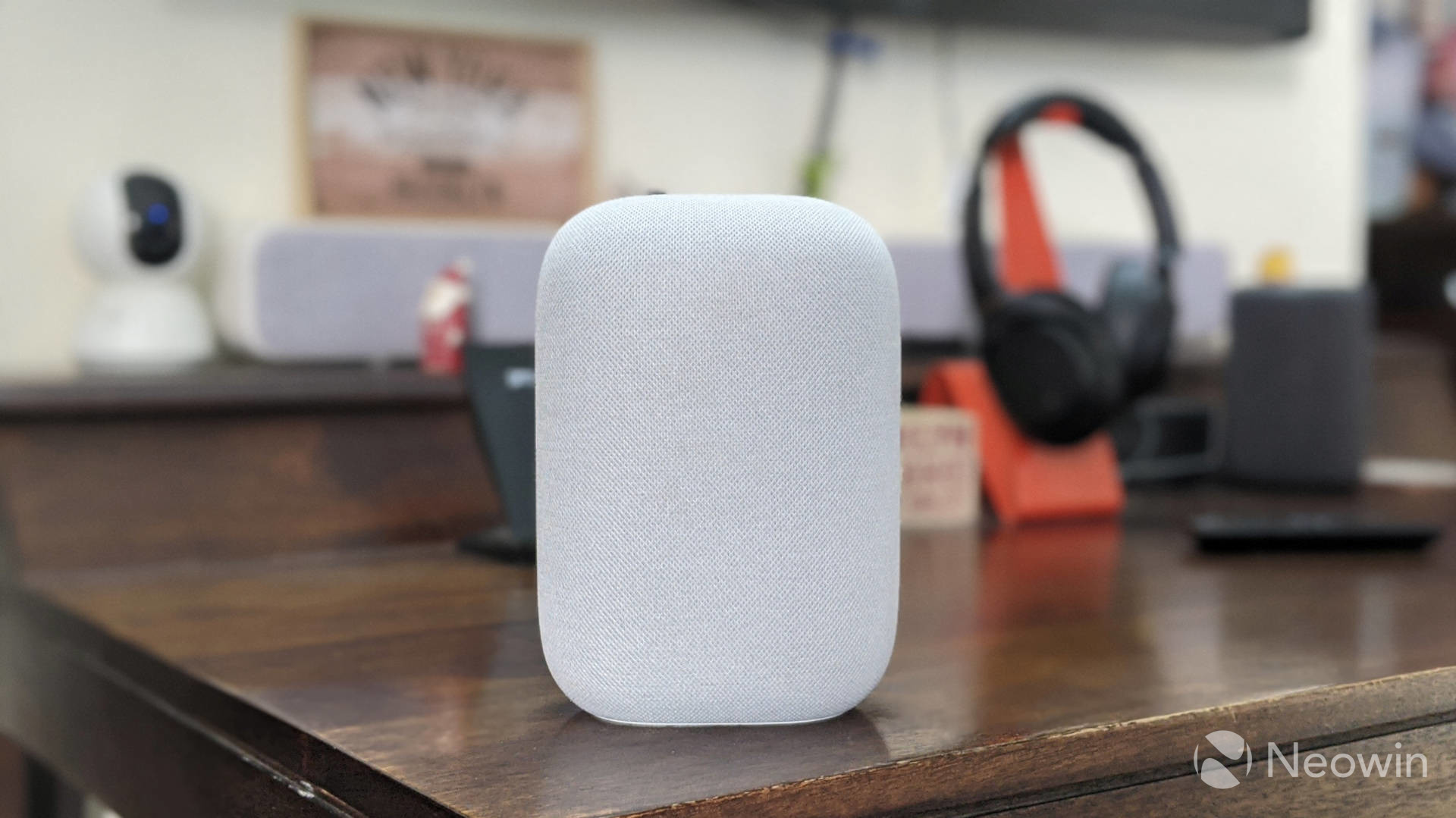 Google’s pitch for the new Nest Audio is its superior audio performance. There’s ‘audio’ right in the name as well. The company claims that the Nest Audio is 75% louder with 50% stronger bass than its predecessor. Although one cannot verify these numbers, the perceptive difference is quite apparent.

Nest Audio is loud and unlike the original Google Home, the sound doesn’t go muddy when the volume is maxed. It can fill an average-sized room easily and can get really loud. It’s great at vocals – the clarity of lyrics coming through is impressive. The music is punchy with a crisp treble. It lacks deep bass, but it’s still better than most smart speakers.

Google has shared that the Nest Audio is a waveguide speaker, and not just a directional one. I wasn’t sure if I’d be able to notice this, but I did manage to find a couple of ‘sweet spots’ in my room where the audio was perceptibly better, or so I thought.

Google packs in automatic tuning algorithms that equalize the sound based on the ambient conditions of the room the Nest Audio is placed in as well as where it is – in the middle of the room or at a corner – along with the type of media one is listening to – music vs podcasts, for example. It is also meant to turn up the volume of the Google Assistant when there is background noise, however, it doesn’t always work well especially in erratically noisy places like the kitchen. 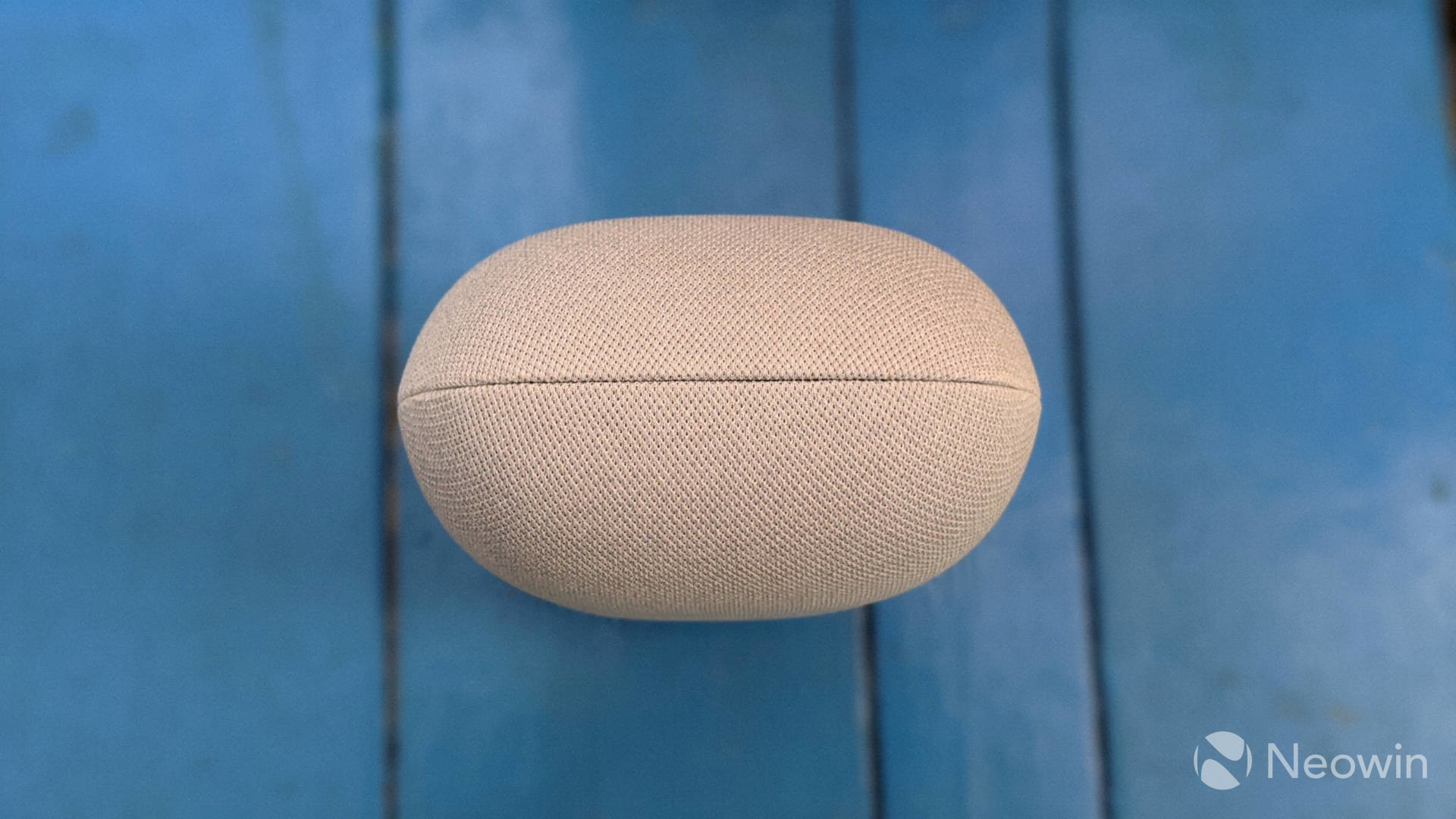 The Nest Audio is a good listener. It packs in three far-field microphones and the speaker is quite good at picking up voice commands from the opposite corner of the room, whether you mutter it quietly or even when there’s a TV with live sports action on. The Nest Audio is definitely faster at processing commands, like skipping tracks for example, because of the new hardware engine that processes some commands on-device rather than in the cloud.

A good idea is to buy two of these to create a wireless stereo pair. This will divide the speakers into dedicated left and right channels building a capable wireless (smart) speaker system for a bigger living room without spending a bomb.

You can of course set up a multi-room setup with other Google smart speakers you may already have but there’s no audio jack so you cannot use it with your existing music equipment. Amazon, on the other hand, packs in an audio jack on several of its Echo smart speakers which is a handy feature. You can cast music via Bluetooth from your phone or stream directly with integrated services like Spotify, YouTube Music, etc. Note that there’s no support for Apple Music or Amazon Music.

Overall, the Nest Audio is the best smart speaker from Google when it comes to audio quality, although, that isn’t a high bar. However, for a $100 speaker, it does hit the mark on that great audio quality claim. 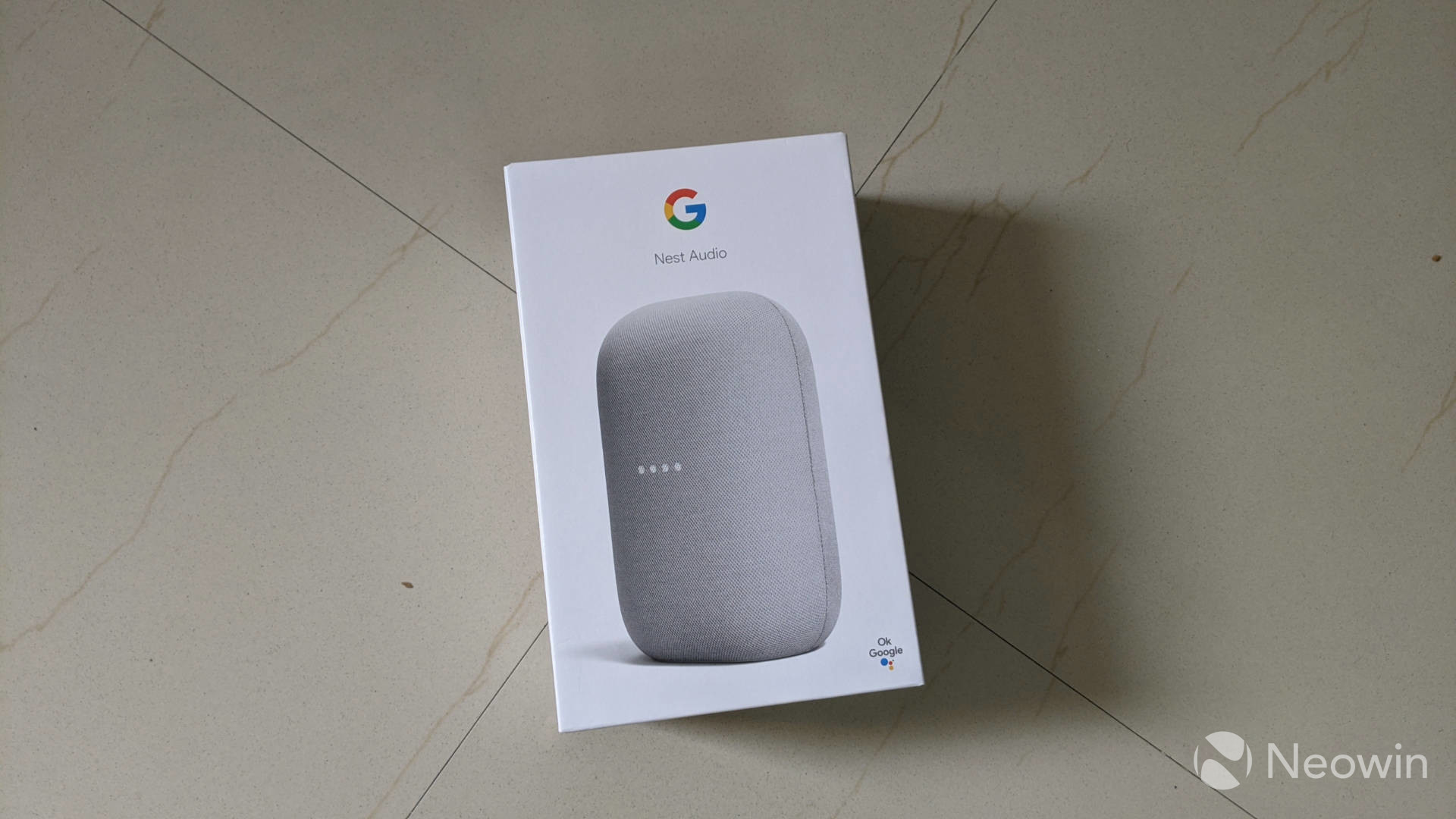 Nest Audio is powered by Google Assistant. It is a very capable voice assistant and even more useful for people who are more tied to the Google ecosystem. However, from a feature standpoint, it is identical to the cheaper Nest Mini or other third-party Google Assistant speakers like the brilliant Mi Smart Speaker by Xiaomi that I reviewed recently.

Setting it up is a breeze via the Google Home app on your Android smartphone or an iPhone. You’ll also be able to pick your preferred music and podcast service during the setup. 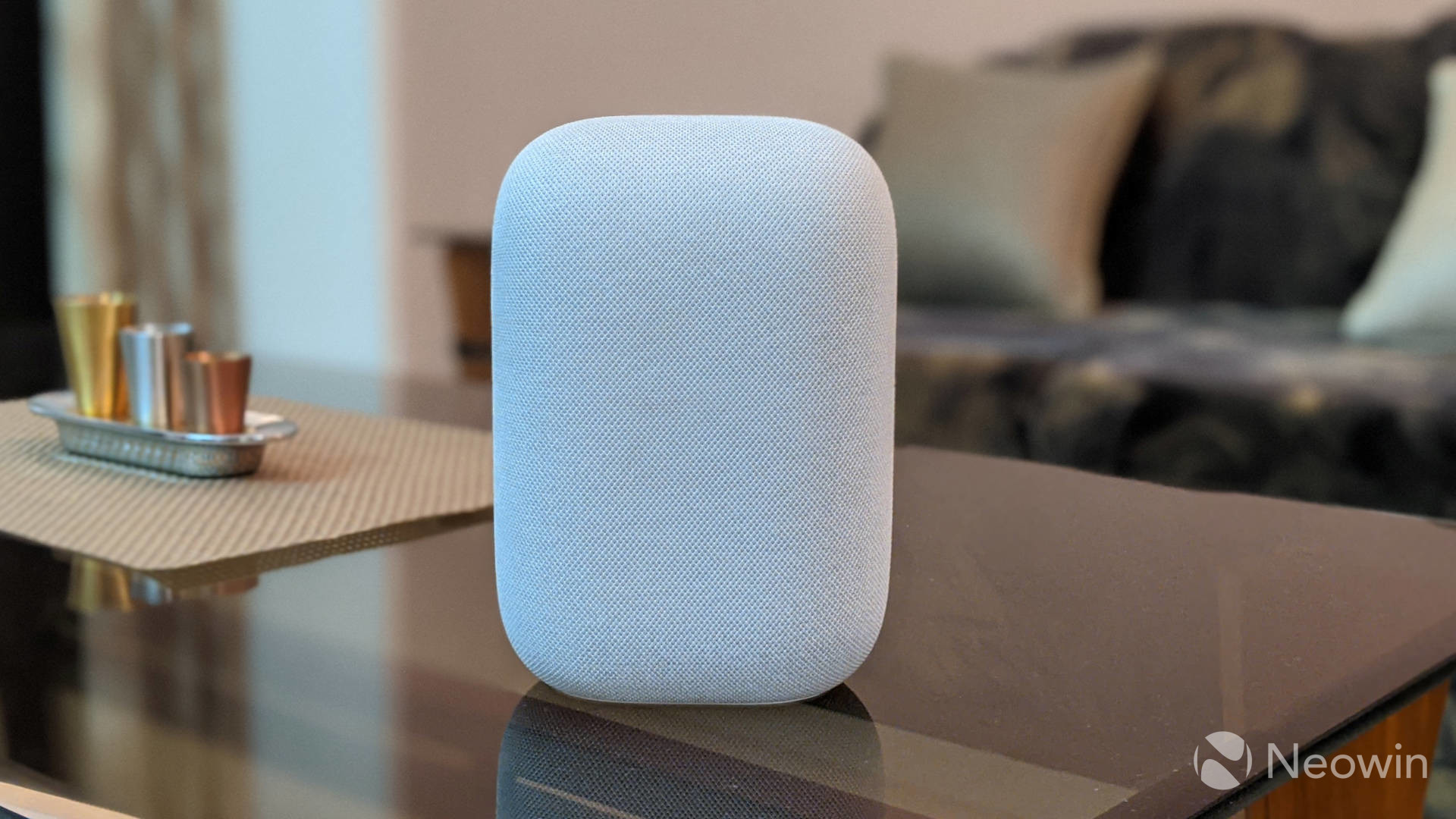 The Nest Audio is a comprehensive audio and visual upgrade over the OG Google Home. It offers a louder, fuller sound experience with a design that should work for most people. It has faster processing and listens quite well, although the automatic equalization doesn’t make much of a difference to the experience.

Nest Audio is a smart speaker that focuses on audio quality, and at its price, it delivers just that. Of course, you cannot go in expecting audiophile-grade audio quality or anything hi-fi at this price.

It is a no-frills Google Assistant speaker which is all good if you’re looking at a smart speaker for music streaming duties. However, if you are only looking to pick one up for the smarts, you may want to opt for the cheaper Nest Mini or the solid middle-of-the-road option like Xiaomi’s Mi Smart Speaker, although it’s only available in India at the moment and soon heading to European markets. 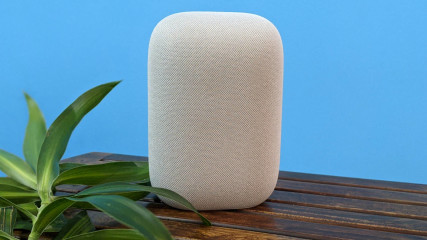 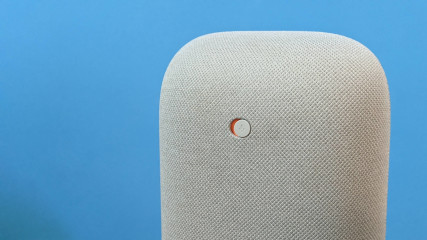 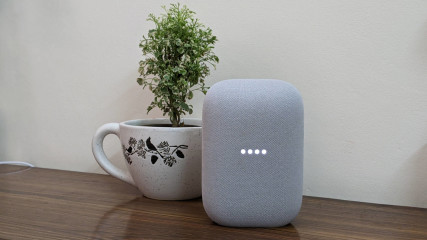 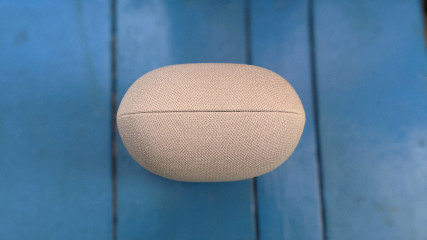 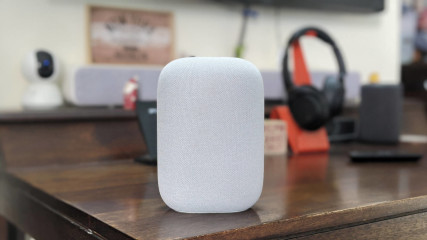 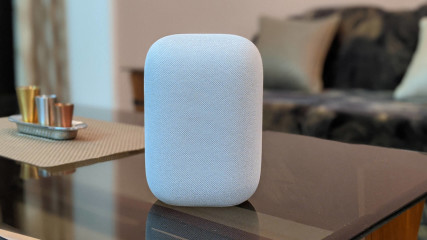 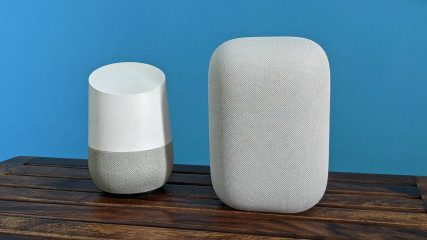 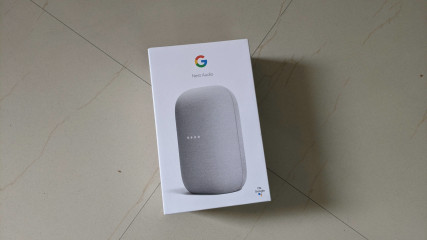