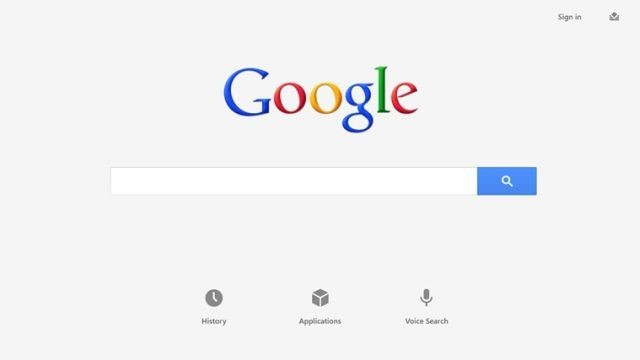 When Windows 8 launched in late October, Google made a big deal about its own support for Microsoft's newest operating system. That included the release of a dedicated search app for Windows 8. However, it looks like Google won't be releasing any more apps for Windows 8, or at least not for a long time.

The V3 website quotes Clay Bavor, the product management director at Google Apps, as saying, "We have no plans to build out Windows apps. We are very careful about where we invest and will go where the users are but they are not on Windows Phone or Windows 8." Bavor indicated that Google will continue to develop and support apps for iOS and Android.

He did give himself an out on his statement, saying that if users do in fact come to Windows 8 or Windows Phone, "... we would invest there, of course."

In fact, Google has also been working on adding support for its Chrome web browser to work in the "Modern" UI of Windows 8. So far, it's been restricted to the developer builds of Chrome and there's no word on when it will be launched as part of Chrome's official public releases.