2013 will be the 50th anniversary of Doctor Who, the BBC TV series featuring a mysterious alien (who looks human) who calls himself The Doctor and who travels pretty much anywhere and any-when he wants in his Time and Relative Dimensions in Space (TARDIS) machine. 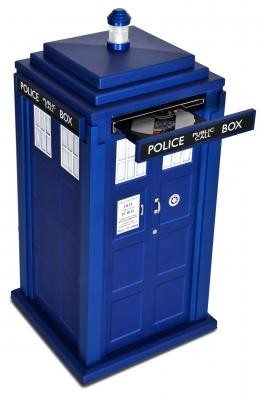 The TARDIS itself is shaped on the outside like an old UK police box, and now a PC company is selling a desktop system that looks like the TARDIS (no, it is not bigger on the inside than on the outside). 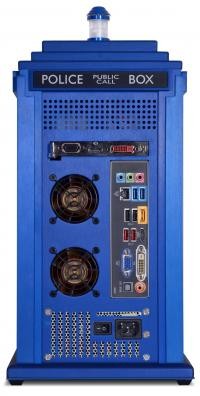 Scan Computers is now selling the TARDIS system on its website. This is not just a fan making a case mod; this system has been fully authorized by the BBC as a licensed Doctor Who product. The TARDIS case itself is made of "over 45 pieces of individually cut brushed aluminum" and colored in the familiar Pantone blue shade that matches the TARDIS in the TV show.

While the doors don't open, the Police Box sign on the top does open up to expose the system's Blu-Ray drive. Of course, the PC can be configured with a number of different hardware options, including Intel Core i3, i5 and i7 processors, up to 16 GB of RAM, and up to 750 GB of hard drive space.

You can be the envy of all of your Doctor Who-watching friends with the TARDIS PC. Scan Computers is now selling the system starting at £935.99. (Sonic screwdriver not included.)