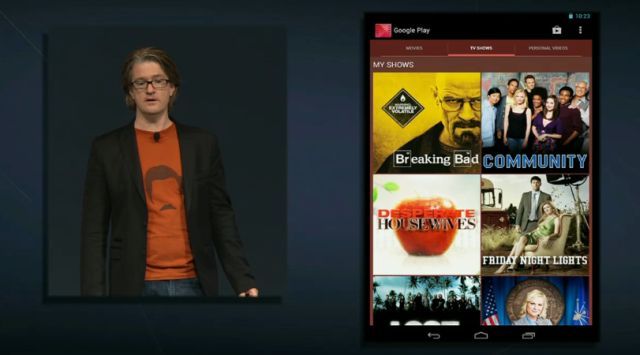 Google Play (previously known as the Android Market) has always been a bit behind Apple's iTunes in terms of available content and features. Today, during the keynote address for the Google I/O developer conference, the company announced it is adding new content and features to Google Play that will make it a bit more equal to iTunes.

Google also announced there are now over 600,000 apps available to download from Google Play. Over 20 billion app downloads have been generated from the store since Android launched and Google also announced that it now gets 1.5 billion app downloads per month. While those numbers are somewhat behind Apple's iTunes and its iOS apps, it still shows that Google and Android are a very strong second place in the mobile app and content business.