It's not exactly a shock to learn that Google has officially revealed the next major update for its Android mobile operating system at its Google I/O developer conference. During the event's keynote speech today, Google reps revealed some of the new features for Android 4.1, also known as Jelly Bean. It will be made available as an over-the-air update for Motorola's Xoom tablet and the Samsung Galaxy Nexus and Nexus S smartphones, in mid-July. 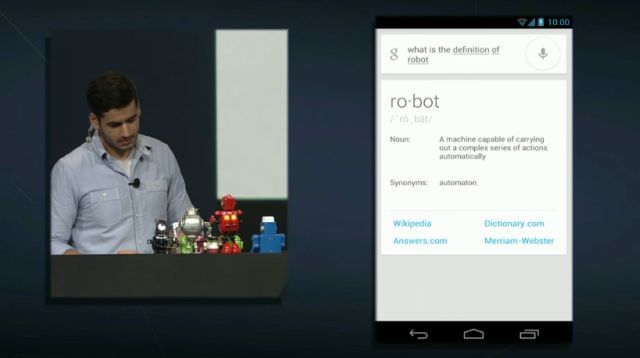 Here are just some of the highlights of the Jelly Bean reveal during the keynote: