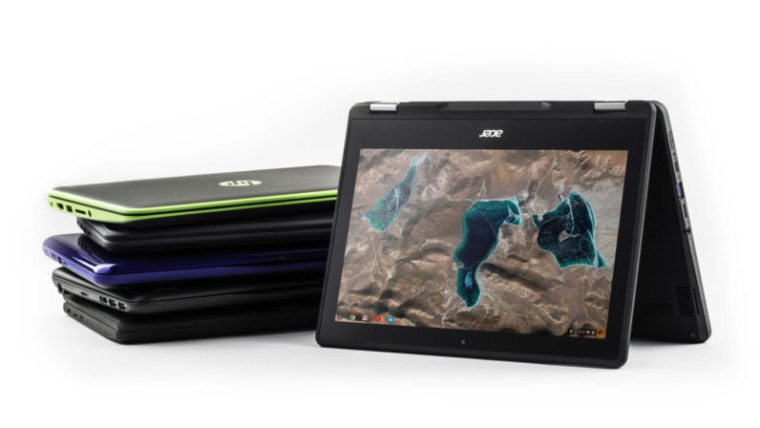 Competition between Microsoft and Google over who gets the lion's share of the education sector seems to be heating up. On the same day that Microsoft announced its intent to push back against the mammoth share of the education sector currently occupied by Google's Chromebooks with a bevvy of cheaper devices and the introduction of Intune for Education, Google now has its own announcement.

The company today announced a new generation of Chromebooks aimed at students with a focus on flexible form factors and the adoption of newer technologies, such as USB-C, fast charging and the use of styli.

The vanguards of this new generation, the recently announced Samsung Chromebook Plus and Pro alongside the upcoming Asus Chromebook C213 and Acer Chromebook Spin 11 all share a common theme: a convertible form factor, a focus on students and stylus capability. All of these are also key focuses for Microsoft with its Surface line and the myriad other Windows convertibles, though Google will have one key advantage: it's devices will be far cheaper than the oft-expensive Windows devices.

The styli for these devices, for example, won't be the expensive $50-100 digitizers found on competing devices but, rather, due to Google's insistence on embedding most of the relevant technology within the display itself, will cost only a few dollars. Moreover, they don't need to be paired or charged, allowing students greater freedom in sharing their tools.

The devices will also feature fast charging via USB Type-C and a second camera on the keyboard side so students can capture picture and video while using the Chromebook in tablet mode.

One of the biggest attractions for educators, however, will be the use of Android apps on Chrome OS, a feature that Google made available recently - and to much fanfare. With a number of fully-featured apps aimed at students, from games to educational tools, these new Chromebooks will have far more value for educators than their older counterparts. Google is also working on optimising many of the apps it believes are important to the education sector so that they work seamlessly on the larger screen sizes.

All-in-all, by taking some of the student and pro-centric features first popularised by Microsoft's Surface line and making them available at a cheaper price point, Google could very well cement its already formidable hold on the education sector.