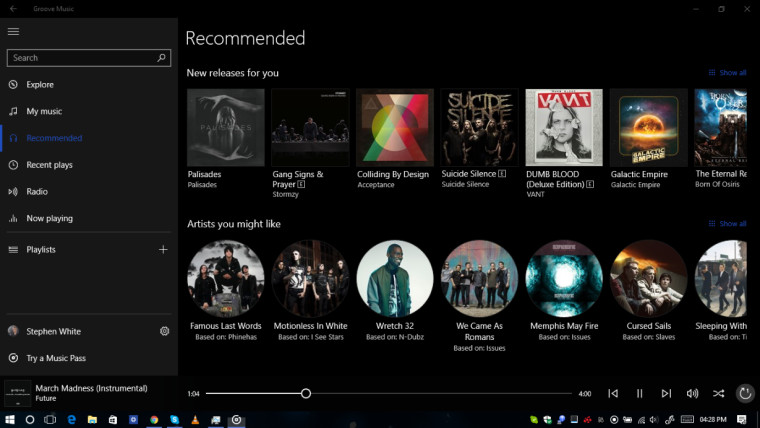 With the Windows 10 Creators Update just around the corner, Microsoft has been messing around and tweaking some of the in-box Windows apps, such as the Movies and TV app which received quite a hefty update today.

Groove Music is also joining the party as is it's Android counterpart, as Microsoft appears to be sending out a new update today that changes a few UI elements around and drops "Your Groove" for "Recommended". Windows 10 Insiders on the Fast or Slow Ring may see the update sometime today.

Within the hamburger menu, Microsoft has moved Artist, Album, and Songs into one collective group called "My Music". This single tab introduces top-level tabs for arguably improved navigation between the three sections. 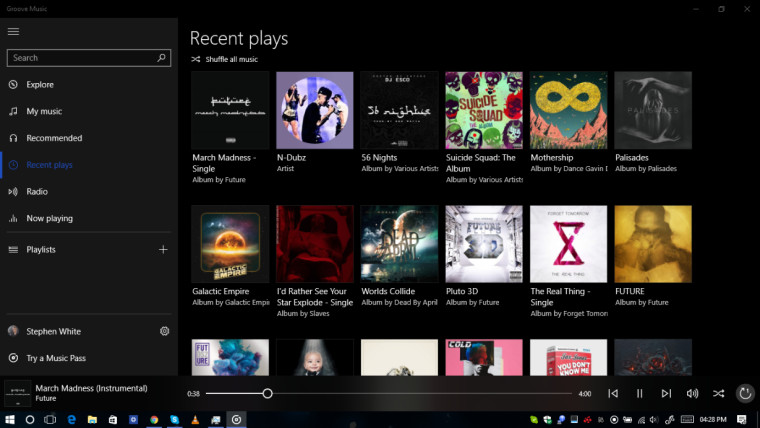 The dubious "Your Groove" may have been renamed or replaced with a new "Recommended" section. The Recommended tab still provides access to a list of new releases and similar artists to what you may have in your collection. However, it remains unclear if My Groove is now locked behind a paywall or if Microsoft has decided to pluck it entirely from the app- which seems quite unlikely.

The bug that displayed an app's package name in the title bar instead of the app's title which has plagued quite a few Windows 10 apps running on a Fast or Slow build has finally been fixed.

Groove Music can be updated or downloaded through the Windows Store.