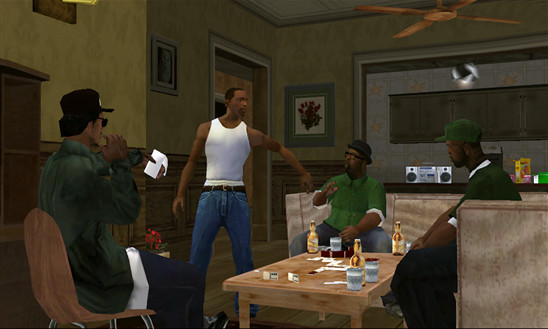 GTA: San Andreas was announced for all leading mobile platforms in November and was expected to land on Windows Phone in December along with Android and iOS. However, after multiple delays the game has finally arrived on Microsoft's mobile operating system today for $6.99 or £5.49.

According to the game listing on the Windows Phone Store, it currently supports 1520, 1320, 822, 820, 810, HTC: 8XT. The initial game download is 18MB with an additional 2.5GB of game data downloaded over Wi-Fi. 1GB of minimum RAM is required but many devices such as the 920, 525 and Samsung Ativ S are missing from the supported devices.

The game has been remastered with high-res graphics and optimization for mobile devices. Controls include dual-analog stick for camera and movement. On-screen controls can be customized to the needs of the user and graphics can be adjusted for better performance.