Microsoft's Surface Pro 3 is incredibly slim and extremely portable, and the best peripheral it has to offer, the pen, comes with the device. Since the pen is such a crucial aspect of the tablet, you may well be wondering why the Pro 3 doesn't have an included garage to safely store the pen. Well, here is your answer.

First, let us take a look at the pen, It's full-sized, has three buttons, is made of a high-quality metal exterior and fits nicely into your hands. Now, cast your eyes upon the Pro 3: it's thin, light and minimal in nearly every aspect, and when you think about combining the two, you can begin to see the conflict here.

When we met with Microsoft at the New York launch event, we asked this same question as we know that you, dear reader, would likely wonder why it wasn't built-in. And the answer is quite simple, the design of the Pro 3 could not have been the 'best-in-class' in terms of thinness if they were to include a garage for the pen. The internals of the Surface Pro 3 are packed in tight and as you can see from the image in this post, there isn't a lot of 'free space' to create a silo for the pen.

In short, if Microsoft wanted to include a garage, they would have had to physically make the device thicker and wider, both of which would compromise on a number of defining aspects about the Pro 3. 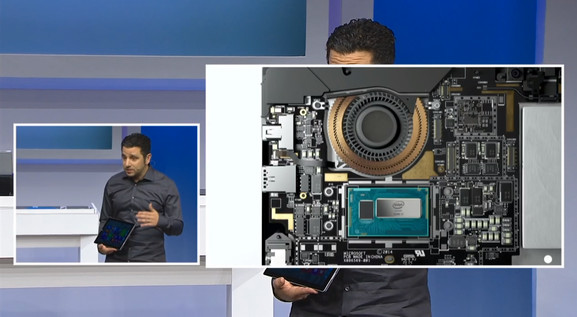 In fact, the pen is 9.5mm-thick and the Pro 3 is 7.62mm-thick, which means that it is not possible to shove the pen inside the tablet without the use of a hammer. The logical choice here is to house the pen outside of the tablet, so that both devices are built for the use case that fits them best and not only focusing on the convenience factor.

So, what's the solution to keeping your pen secure? Microsoft has created a loop that attaches to the Type keyboards that can securely hold the pen during travel. But, the bad news here is that Microsoft used tape for the loop and it's not all that secure after you remove it once from the felt backing of the Type Cover. Each time you 'reattach' the loop, your confidence fades a little that it will continue to attach securely in the future. 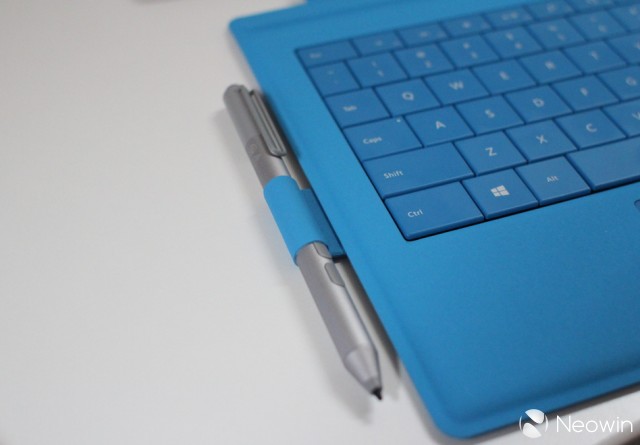 The felt sticks to the tape part of the loop and quickly becomes less sticky with each removal of the loop. While the loop is only a few bucks to replace (yes, you can buy more of them for $4.99), it's not a perfect solution either.

Is the tradeoff worth it? We think so - the pen is fantastic, the Surface Pro 3 has slim lines and to bulk up the tablet for a garage to store it in would seem like a step backwards to us. This is most certainly a case of form over function but once you get your hands on the Pro 3, you'll understand why the svelte nature of the tablet is a work of modern art.