But this isn't just about a performance improvement over the seventh-generation H-series processors, because HP actually used the low-power, dual-core U-series chips in the last model. This means a few things. For one, the 15-inch Spectre x360 is among the first convertibles to offer an H-series chip and discrete graphics.

For another thing, this puts the device in a new category from its predecessor. While it's certainly thin enough to be considered an ultrabook, this is quite a powerful machine. It can now handle Windows Mixed Reality and other VR platforms at their full capacity, and content creators should love it.

Unfortunately, I've not got one in my possession just yet, but I've been able to check out the product at CES. Naturally, this means that I can't exactly run benchmarks or hook up my own peripherals. I was, however, able to get the model number of the CPU.

Of course, if it did use the 100W model, you'd have a more powerful machine, but it would consume a lot more battery. Expect to see that variant of the chip on gaming PCs.

But when you push the big performance increase aside, it's still a Spectre x360. I've reviewed a few of these now, so I know what to expect of such a device. They never fail to impress, and besides the great user experience, they're beautiful.

The Spectre 15 x360 comes in any color you want, as long as it's Dark Ash Silver with copper accents. But of course, why would you even want another color? It's gorgeous.

One design change this year is the angled edges that you see on the hinge, which were rounded in previous generations. It's a nice look, although it's a minor touch.

The Bang & Olufsen speakers sound great, from the limited time that I had using them. HP includes speakers above the keyboard, as well as on the bottom of the device. That way, speakers are pointing toward you no matter which form factor you're using the device with.

That speaker has moved from the previous generation too. Previously, it was on the sides of the keyboard, and you can see from the image above that HP has added a number pad with the extra space. As is the case with all Spectre keyboards that I've used, I found this one very comfortable to type on.

You can see that a fingerprint reader has been added for Windows Hello. Don't worry; facial recognition still works. The two Thunderbolt 3 ports have been moved a bit to make room for an HDMI port.

There's now a spot for a legacy power adapter to the right of the USB Type-A port. This is nice if you've got a few HP power cables lying around, as there are actually two ways to charge it. You can use the Thunderbolt 3 ports as well, which is great if you want to use the same power cable for multiple devices.

And then there's the display. Just like last year's model, it's a 4K touchscreen with active pen support, and it's absolutely beautiful. The screen also supports simultaneous pen and touch, which should make things easier.

The 15-inch Spectre x360 is something of a game-changer. It's more powerful than any convertible that has come before it. Personally, I really look forward to reviewing it and spending a lot more time with it. 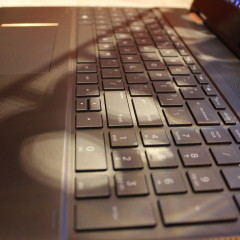 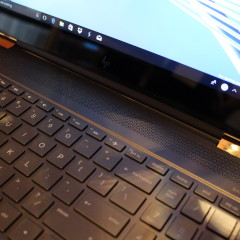 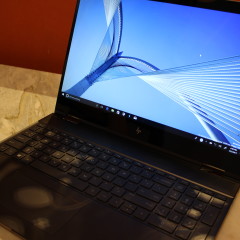 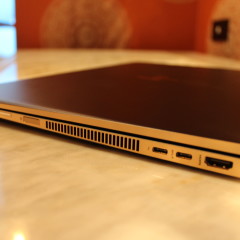 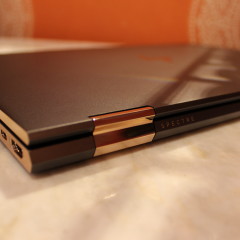 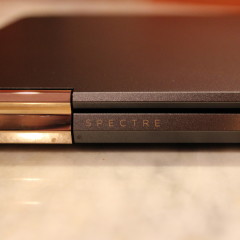 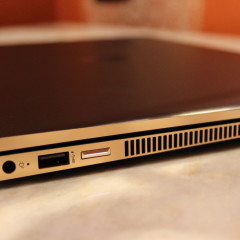 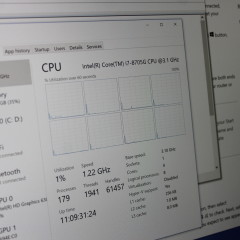