The Windows Phone 8X by HTC has been out for a few months now, being one of the first Windows Phone 8 devices to launch worldwide. It brought with it a deceptively slim, colorful design, a stunning Super LCD 2 display and decently powerful hardware for a Windows Phone, but not everything about the device is completely perfect.

After having an 8X in my possession for over a month now, it's time to take a look at some of the things that could perhaps be improved about the Windows Phone 8X. Who knows? Maybe HTC will take some of this advice and use it to make their next Windows Phone flagship even better.

1. Include more than 16 GB of storage

Really, HTC, there are no excuses for using such a middling amount of storage in a flagship device, especially when a) there's no microSD card slot; and b) 16 GB is the maximum fixed storage option. I find it annoying that my entire music collection, just over 17 GB, does not fit on the 8X when it does on both my Android device and the Lumia 920. When you're paying for a premium device, you shouldn't have to micromanage the content on your phone because it's about to fill up. 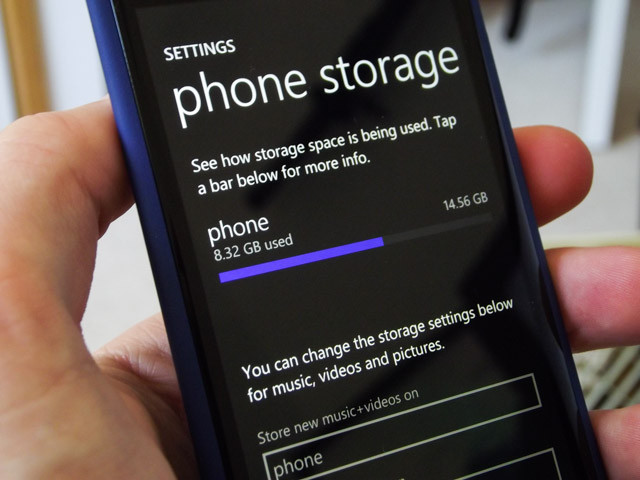 I'm disappointed to see this happen to my HTC 8X, as I really like the color and the feel of the polycarbonate body, but it's clear to me just a few weeks after I published my review that the color coating method is not the best. On the top corners of the phone, the blue color has visibly and significantly worn away to a darker black, while near the camera button the soft-touch coating has started to bubble and peel, revealing a smooth undercoat. 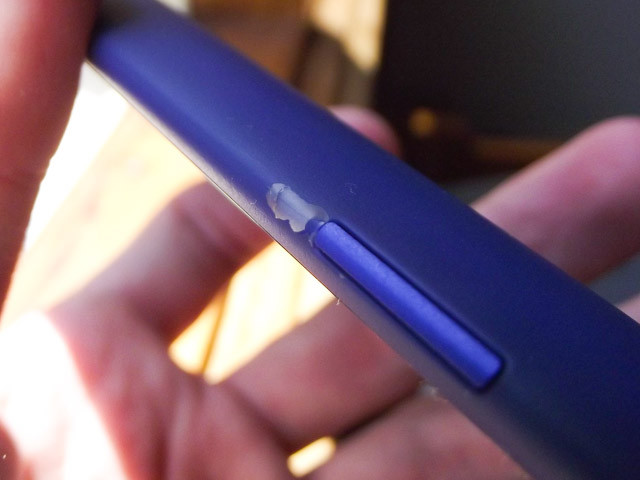 Now it should be noted here that I'm always very careful with how I handle my phones, especially those that I have to return after a review loan. In my entire time reviewing phones for Neowin, I've never scratched a display or caused significant wear to any of the phones I've used, including my Droid RAZR that I use in-between other review devices. The wear I'm seeing from just a few weeks of use with the 8X is a concerning one-off, and one that I'm not alone in experiencing. 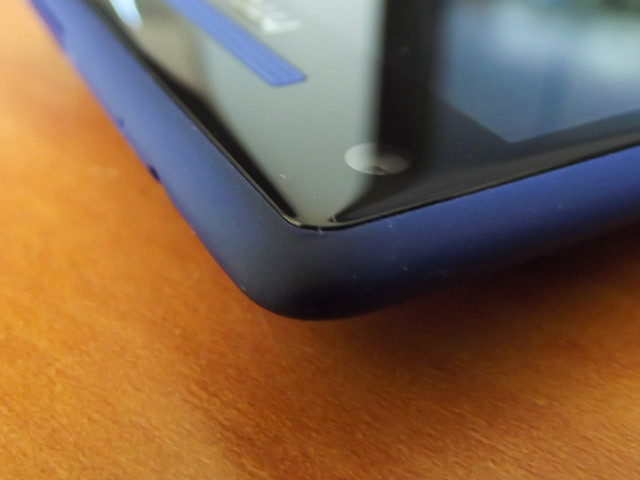 If you get a black model, the color wear on the corners is not a problem, but you may experience peeling of the coating at some point. It would be nice to see HTC improve their method of coating the HTC 8X and giving it its color, because signs of wear should not appear after just a few weeks of use.

At 1,800 mAh the battery of the HTC 8X is not quite up to scratch in comparison with other top-end Android and Windows Phone devices; for example the Lumia 920 comes with a 2,000 mAh battery and the ATIV S has a 2,300 mAh cell. At the hands of powerful internals it does, at times, suffer the fate of dying prematurely and often barely makes it to the end of a serious day's work. 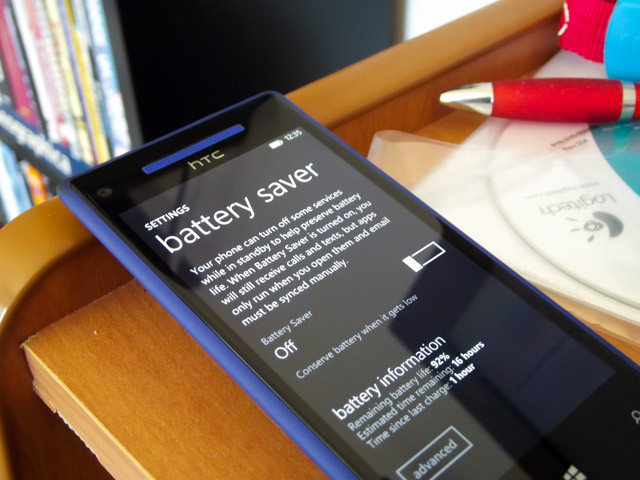 Ideally I would have liked to see the 8X's battery increased to around 2,000 mAh or above, without any significant increase in the size of the device, as that sort of size would allow the HTC 8X to adequately last out a day. Either that, or HTC needs to do some serious work on optimizing the phone's software to more efficiently use the battery - it's not too late to make software changes!

4. Put wireless charging in all models

For some bizarre reason, the Verizon HTC 8X that includes CDMA radios also includes wireless inductive charging, while the standard international model does not. It'd be nice if every model of the 8X included Qi-standard inductive charging, not only for feature parity between different versions of the same device, but also for the convenience associated with cable-free charging.

The trade-off? To add the inductive charging coil it has made the Verizon HTC 8X 2.1 grams heavier with no change in thickness. Seems reasonable to me.

Aside from a few basic scene settings and camera controls, the Windows Phone 8X really lacks when it comes to camera software. It's sorely missing options to control focus in both video and photo modes, and the sort of live effects I've come to love from other HTC phones (like the One X) don't make a showing here. Even the basic camera controls, such as contrast and exposure, just say "higher" or "lower" than a "normal" value, which doesn't say much about what it's actually doing. 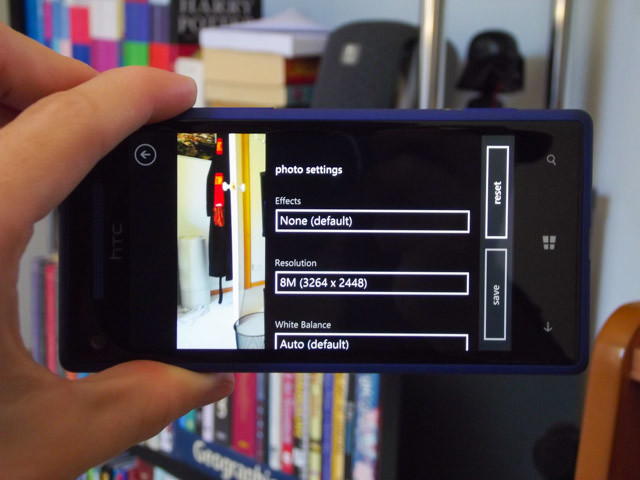 I know that Windows Phone 8's new lenses feature is supposed to take care of some of the other missing aspects, such as HDR photography, panoramas, time-lapse and other cool modes, but HTC provides zero first-party options for these sort of shots. The only bundled Lens is Bing Vision, and that does little in the way of changing up your photography, meaning HTC is relying on third-party apps to make the camera better. They don't do this with their Android phones, and Nokia provides many first-party Lenses on their Lumias, so I would have liked to see HTC get their act together and improve the camera software.

Now this is something that could actually be fixed about the HTC 8X, unlike some of the other hardware-related suggestions that are a bit too late to implement at this stage. There are two particular things that HTC could tweak in regards to the 8X's firmware that would make the phone a that little bit better to use every day. 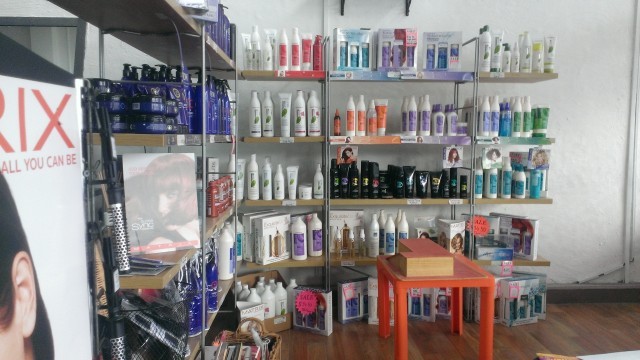 Tweak the camera and this photo wouldn't look as mediocre

The second is that the camera doesn't perform optimally on cloudy days, often taking darker-than-expected photographs even when there is plenty of visible light. Tweaking the automatic white balance, contrast and exposure levels for medium-light situations would make the camera so much better, as at other times (full sun, low light) there is not much to complain about in regards to the 8X camera. Adjusting the autofocus as well to recognize macro situations more quickly would also work wonders.

Got anything else to add? Let us know how you'd improve the Windows Phone 8X by HTC in the comments below.