Right now, there are a lot of angry comments floating around the web in regards to Microsoft's first "major" update for Windows Phone 7. A few different people have come out with methods to get the NoDo update early, but it seems that one user on xda-developers has nailed it down for HTC devices. In addition to this, another user, as reported by WPcentral, has managed to get NoDo onto the Samsung Focus early.

The process, which is as simple as changing a registry key makes the phone think it is on a different carrier, and bypasses Microsoft's checks altogether. There are different methods for different devices, but most of them seem to do the job.

To get the update for HTC devices:

Neowin can confirm this method is successful, but requires a developer (or Chevron) unlocked device. It's worth noting that users may be required to use the "timing" method which is found in the post, but we can confirm for us at least, that the registry hack did the trick. The devices we tested the method on were the Vodafone New Zealand "HTC Trophy" model. It's a pretty simple hack, surprisingly. 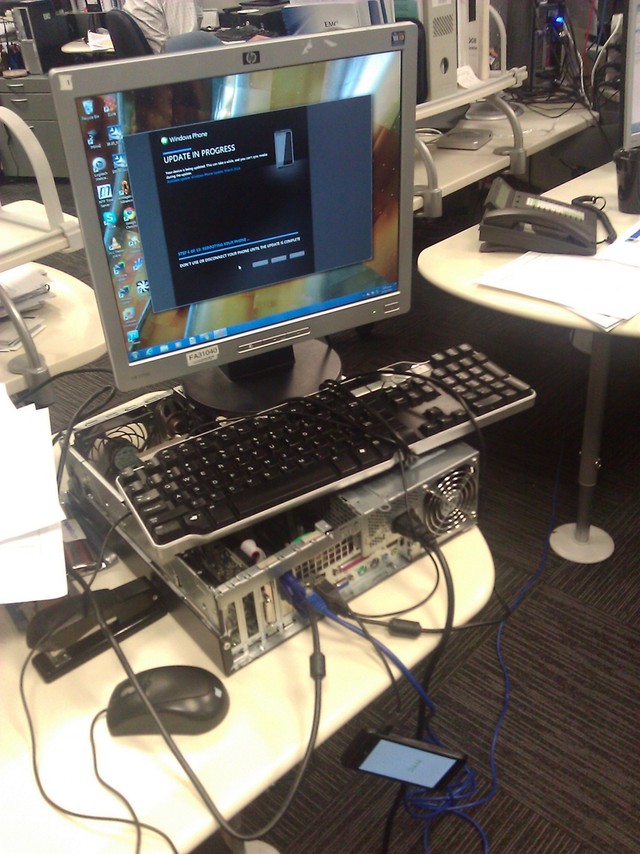 To get the update for Samsung Focus:

WPCentral says the update method works for most users, so let us know how you get on in the comments!