While there are many benefits to buying the popular Microsoft console Xbox One, it appears the device comes with its fair share of setbacks and limitations.

Hundreds of Xbox One users have taken to an unofficial feedback site and Reddit to vent their frustration on issues they are facing with their device. Top issues reported by users mainly concern the lack of certain features that are available for the Xbox 360 but left out of the latest device.

The inability to manually invite players to games and being able to join the session in progress is a reoccurring complaint causing- as one person described it- headaches for users.

User Jvcode says these particular Xbox 360 features are well missed by the community.

“It's so difficult to get a game with your friends when there's no "invite" or "Join" options, plus the invite systems from within games doesn't work for those already in your party and the person your inviting never gets the notification. What's the point in paying for Gold if I can't game with my friends.”

Several complaints about the Xbox TV feature could damage the console’s reputation for being the ultimate entertainment hub. User HobokenGary suggests Microsoft should allow “passive HDMI passthrough” in standby mode so the device won’t have to be turned on to watch TV.

The issue of jittery frame rates due to the One’s 60Hz output has caused also some concern for the Xbox faithful in the EU, where televisions output to 50Hz. This issue is known to cause TV signals to drop or skip frames particularly when viewing sporting broadcasts. 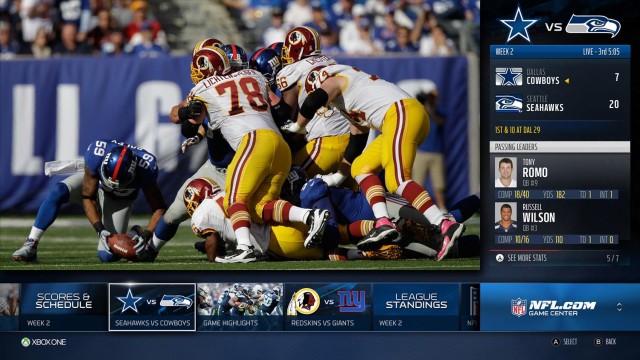 Facebook user Kishan Jeter even compares his console to his smartphone, stating his "cheap" mobile device has superior voice recognition compared to his "shiny" Xbox One. "Why can't I just speak the words into my awesome, new, Kinect device and have it type out the words for me," Jeter said.

Xboxfeedback.com was set up by the community in hope that developers will rectify the problems in order to work towards a better Xbox. Both Reddit and Xbox Feedback sites have accumulated over 1440 comments at the time of publication.