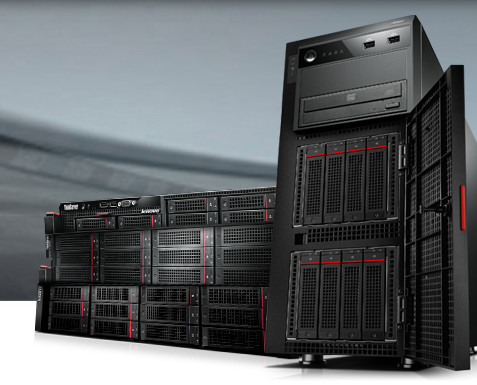 Lenovo has announced plans to acquire IBM's low-end server business in a deal worth $2.3 billion, giving it another chunk of IBM's hardware business.

In 2005, Lenovo purchased IBM's consumer PC division which made the ThinkPad and ThinkCentre line of computers and phased out the IBM brand in 2007. Now, the latest acquisition announced by Lenovo will give the company control over System x, BladeCenter and Flex System blade servers and switches, x86-based Flex integrated systems, NeXtScale and iDataPlex servers along with the related softwares and maintenance contracts. Lenovo is expected to pay up to $2 billion in cash and the remaining amount in equivalent number of stocks. 7500 employees associated with the unit from all over the world will be offered to join Lenovo as part of the agreement.

Following the latest acquisition, IBM will be left with a hardware business consisting of System z mainframes, Power Systems, Storage Systems, Power-based Flex servers, and PureApplication and PureData appliances. IBM will remain involved in developing Windows and Linux based software solutions for the x86-based servers.

Lenovo can bring growth to IBM's server division in China where it has not been successful until now. Yang Yuanqing, chairman and CEO of Lenovo said that, “This acquisition demonstrates our willingness to invest in businesses that can help fuel profitable growth and extend our PC Plus strategy.”

While the deal is subject to local clearance from various countries, both the parties expect that the deal will not affect their respective consumers.