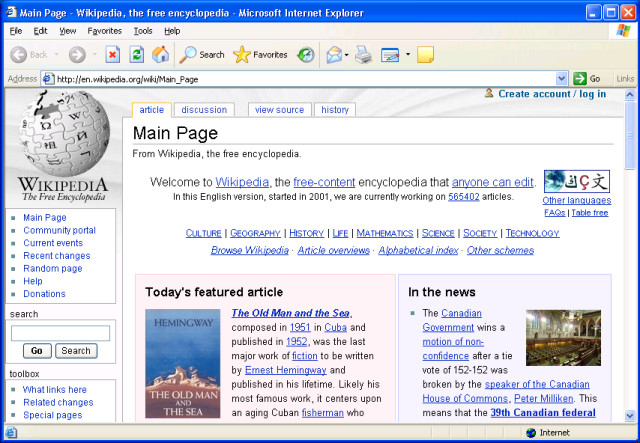 Microsoft has been trying for years to get the remaining users of Internet Explorer 6 to upgrade to more modern versions of the web browser. Today, there's word that the worldwide market share for IE6 has finally dropped down to below 4 percent compared to the many other PC browsers available.

The April 2014 data from research firm Net Applications shows that IE6 is now at 3.73 percent, compared to 4.15 percent in March. This is likely due in part to Microsoft killing off support for Windows XP earlier in April. IE6 was bundled with the OS when it launched in 2001. Many websites and services have killed off support for IE6 in the last few years, including Twitter and most recently Adblock Plus.

Net Applications shows that IE8, the most recent version of Internet Explorer that still works on XP, is still the most used web browser in the world at 21.14 percent, with IE11 coming in second at 15.71 percent.

Overall, all of the versions of IE claimed 57.88 percent of the worldwide browser share in April, down slightly from 57.96 percent in March. Google's Chrome is second at 17.52 percent and Mozilla's Firefox comes in third with 17.26 percent. The company released Firefox 29 earlier this week, which officially introduced a new user interface and other features for the browser after months of public beta testing.