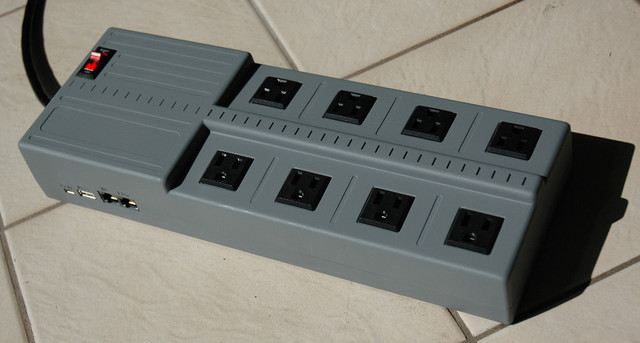 DARPA likes to fund some cool initiatives. Everyone knows about the Internet, but they also fund smaller projects like the F-BOMB. Now ZDNet is reporting on a new DARPA-funded project that could have some corporations worried. It’s called the “Power Pwn,” and looks just like a normal power strip you might see behind your computer. The insides, however, are far more ominous.

The device has a laundry list of tools built in. It contains a 3G/GSM adapter to allow the attacker to control it using SMS messages or even SSH to the device over the 3G network. It has a high-gain 802.11b/g/n wireless network built in, as well as a high-gain Bluetooth adapter with a range of up to 1,000 feet. There’s 16GB of internal storage to save logs to and a built-in web server that serves up an easy way to setup and configure the tool.

The Power Pwn was created to be used in penetration tests with the thought being the tester sneaks into the building and then is able to remotely control the device to scan the network. It can be purchased from Pwnieexpress.com, costs $1,295, and is expected to be released on September 30th.