We still don't have a firm release date for Torchlight II, but the sequel to Runic Games' 2009 fantasy action-RPG is still planned to come out later this year. The sequel will take a lot longer to complete than the first game and part of the reason is that Torchlight II has a ton more content than Torchlight 1. 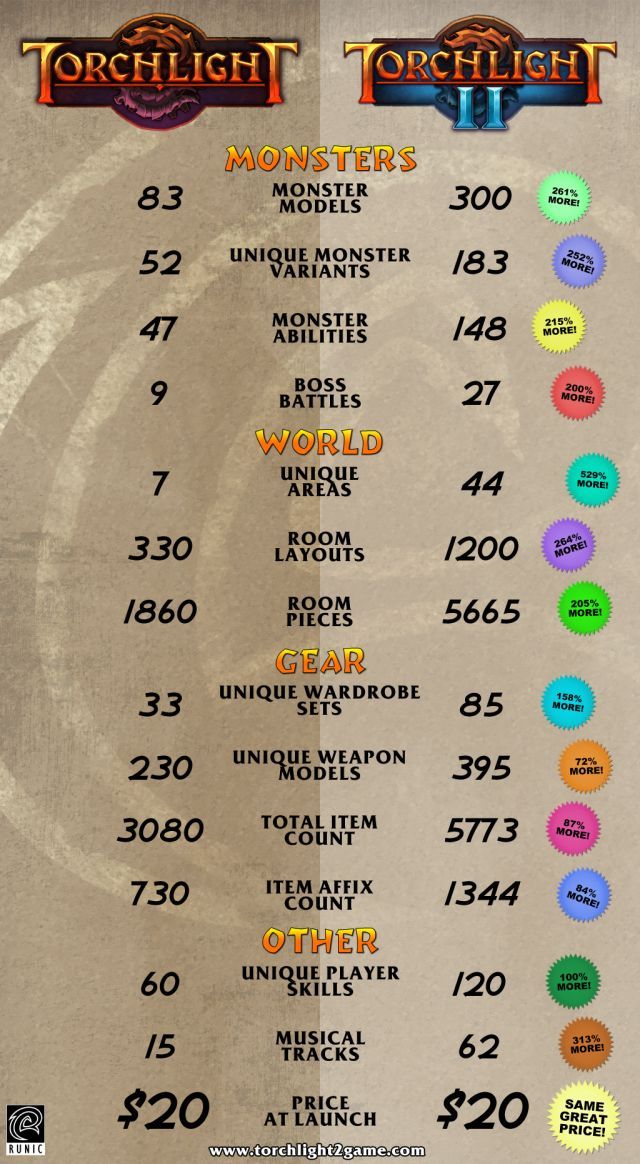 In terms of scale, Torchlight II is close to 4x the scale of Torchlight 1 as far as assets go, and probably close to that as far as playtime. Ideally, the multiplayer that everyone has asked for will further increase the longevity of the game (we certainly hope so!) These are all new assets as well (some monsters and weapons return from Torchlight, but they have all been recreated, or in the case of some individual weapons and shields, updated and repainted).