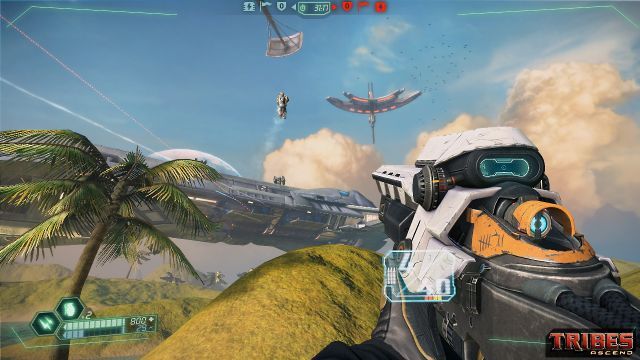 After years of waiting, fans of the classic first person shooter franchise Tribes will be able to celebrate the official launch of a new game in the series. Hi-Rez Studios will officially launch the free-to-play Tribes: Ascend for the PC on Thursday, April 12th (the game has been in open beta for a number of weeks already). The game will retain the original Tribes' sci-fi setting as players select their armor and weapons and battle in the game's massive outdoor maps. Jetpacks, "skiing", drivable vehicles and all the familiar elements that Tribes fans know are in Tribes: Ascend, along with some new features such as picking pre-selected loadouts.

We got a chance to ask Hi-Rez Studios co-founder and COO Todd Harris about the game along with some other topics.

First, Hi-Rez Studios first announced it had acquired the Tribes franchise in late 2010. How does it feel to have the company's first game in this long running series about to be officially released?

The team is stoked!  Back in the fall in 2010 we were first considering acquiring Tribes.  At that time a couple of our developers said that if we got Tribes it would be their happiest day ever at Hi-Rez Studios.  Well, now, after about 18 months of hard-work, I think release day is even more exciting for our studio.

Was there a lot of skepticism from fans of the original games that Hi-Rez would be able to make a game that was worthy of the first two games in the series?

There was.  And there are still some fans out there that remain attached to Tribes 1 or Tribes 2 because Ascend is just not for them.  We understand that because if you've been playing a game for 13 years you are probably pretty attached and that's fine.  But the vast majority of Tribes veterans have joined Ascend and we get consistent feedback that Tribes: Ascend captures the spirit and feel of the franchise they love.

How hard was it to nail the precise gameplay aspects of the original Tribes games for Tribes: Ascend?

An early priority for us was nailing the gameplay mechanics and physics associated with skiing and jetpacking.  Tribes is all about speed and movement so it was important for us that movement be fun, easy to learn, but hard to master.  It took a lot of iteration but we think we accomplished that. 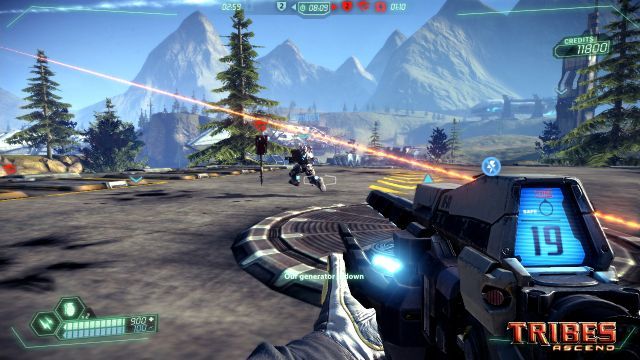 Was it also hard to put in new concepts and gameplay ideas, such as being able to buy pre-set loadouts, in this game?

We were very deliberate with the elements we added.  Tribes was an innovative title in so many ways - first game with pilotable vehicles, maps combining indoor and outdoor spaces,  base/generator gameplay that drove specialization, tactical coordination supported by the built-in voice system, and more.  We wanted to keep those elements and also evolve the franchise with newer concepts: progression of match intensity via Credits that can be spent within the match, character progression thru weapon unlocks, and team-based gameplay thru more distinct classes.

There's a mix of both the open levels that original Tribes fans are used to with more urban areas. Why was the decision made to make a few of the maps smaller with that kind of setting?

Veterans of Tribes fans tend to enjoy the larger maps while players new to Tribes tend to prefer smaller maps.  So we do offer a variety within the Release build. We'll continue to add all sorts of maps with a variety of sizes and settings.  And these will be free

Will there be any kind of clan or tournament support for Tribes Ascend when it launches?

Can you give us an idea of how many people have been playing the open beta of the game so far?

We've had well over 500,000 unique players participating in the beta so far.

What can you tell us about additional content that will be added to the game after its April 12 release?

We recently added the Cloak and Dagger update in order to demonstrate what sort of Class-specific updates will be coming.  In that case we added two cosmetic skins and 3 unlockable weapons for the Infiltrator class.    That is the type of update we plan to deliver for additional classes approximately once a month. Beyond those new weapons and skins, we’ll continue to introduce new maps, new features, and of course continue to monitor and adjust weapon balance.

We have seen a lot of Tribes Ascend banner ads lately. Is it fair to say that HiRez is promoting this game a lot?

It is fair to say the game population is growing rapidly and players tend to recruit other players so it snowballs quickly.  The great thing about being free-to-play is that promotion really comes down to making people aware of the game so they can download it and try it out for themselves.  We don't have to convince people to spend fifty dollars up front without ever playing the game.   Fortunately with Tribes: Ascend we are seeing strong word-of-mouth promotion via friend-referrals and Facebook, etc.   And with the official release coming up we are also promoting via online banner ads so I'm glad to hear you are seeing those!  And of course appearances at major consumer shows like PAX East this past weekend! 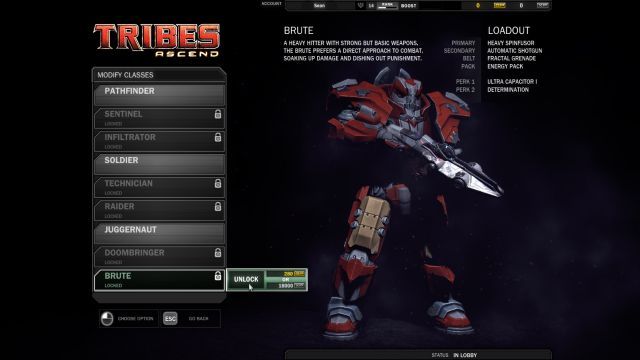 Global Agenda recently had its second anniversary. Will that game continue to be supported with new content going forward?

We have authored new Global Agenda content but have not yet announced any timeline for deploying that.

What can you tell us about Hi-Rez's plans for Smite at this stage?

We are excited to shake-up the MOBA genre with SMITE.  The game is looking great and was playable on the PAX East floor in 5 versus 5 format with 15 gods.  We are currently in Closed Alpha and plan to transition to Closed Beta sometime shortly after PAX.

Finally, is there anything else you wish to say about Tribes Ascend and about Hi-Rez's future plans in general?

Well, Tribes: Ascend Release day is just around the corner on April 12th. I’d remind people that we are preserving all character progression.  And we're giving away an exclusive Beta badge to everyone who reaches Level 10 before April 12th.  Bottom line if Tribes: Ascend sounds like your type of game I'd say hop in now to get a jump-start on the Release crowd.