We've all heard stories about people taking advantage of iDevice's built in GPS tracking feature to reclaim their stolen devices. But as cool as going detective and tracking down whoever took your beloved machine from you might sound, it could land you in hot water, as one Australian man recently learned.

Stopping short of going vigilante and taking back the iPad for himself, the man used his 'Find My iPad' app to locate his stolen device and let police know its whereabouts. That led the police to the Canberra home of Alden Harder, and a stash of stolen goods that even included a police badge.

That sounds pretty clean cut, but here's where it gets weird - Harder's attorney is accusing the iPad's owner of 'trespass by radio wave.' 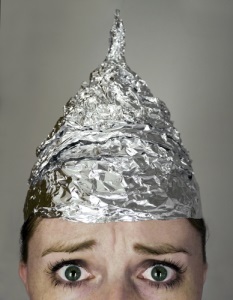 Maybe the thief needs a tin foil hat as well?

The prosecution, meanwhile, is calling that absurd. If using his iPad's GPS functionality constitutes trespassing, the prosecutor says, ''I would safely say nearly everybody in this courtroom has committed that act by having a wireless router," since there's no way to keep the wireless signal from transmitting onto neighboring properties.

And regardless of that, the prosecution also says that even if using the GPS functionality was trespassing, the victim was completely within his rights by tracking down the iPad, since he had a reasonable suspicion as to where it was being held.

Regardless, it'll be interesting to see how the case turns out, since it could set a precedent for what constitutes trespassing, at least according to Australian law. And while it definitely sounds reasonable to take advantage of GPS tracking to find stolen property, it's worth bearing in mind that every right has the potential of abuse, too.

Source: Cranberra Times via: PC Advisor
...you know, so they can't read your mind... image by Shutterstock