Queuing for technology isn’t something new for me, I’ve queued for the Wii, PlayStation 4, Xbox One, iPads and iPhone’s. I’m used to people mocking it and making fun of everyone who likes to queue so this not a new experience.

Today I woke up at 4.45am to walk into Cambridge, UK town center from my Brother and Sister-in-laws house. It is about a 15 minute walk to the Apple store from there, so it seemed like the perfect place to stay overnight. After quickly getting myself ready I left the house and walked to the center in just 10 minutes.

All the shopping center gates were shut up, this made me mistakenly believe that I might actually be one of the first to arrive. I went around the side, they were shut up too, I went to the final set of gates where there was a note telling people who want to queue for the iPhone 6 to walk around the side of Carluccios where barriers had been setup.

The closer I got, the noisier it was. Clearly, I wasn’t one of the first people to arrive. I walked behind a couple of young women at the back of the queue and could tell this was going to be a long wait, we were about 200-250 yards from the Apple Store at this point. It was 5.15am at this point with the UK Apple stores not opening until 8am. 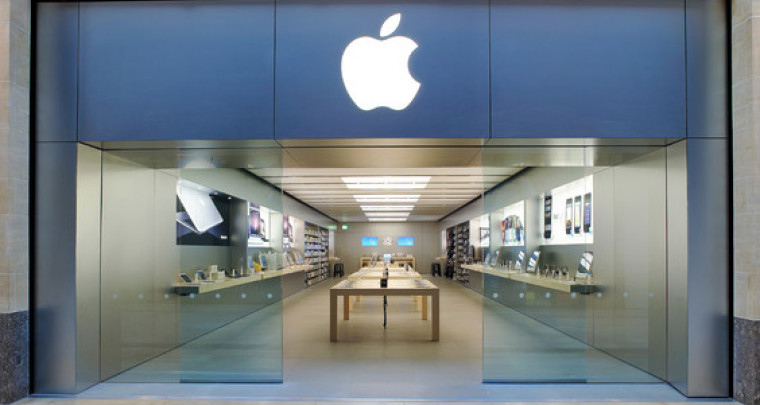 After chatting to a few people near the front of the queue, some of them had been camping out since 11am the day before, though most from 8pm the same day. I got chatting to the two women in front of me, both of which were young students from a nearby college. They hadn’t slept at all, not because they had been queuing for so long, simply because they decided it would be a good idea to have a few drinks! I don’t blame them.

By 5:45, the queue had begun to expand further, past the Carluccios restaurant and round the back of the Grand Arcade shopping center; this was a big launch already, bigger than I have seen for any other iPhone launch.

Despite many reports in today’s press, there were women in the queue, yes they were far outweighed by the men, but there were women queuing and buying iPhone 6’s today. From a check through the crowd, many others were simply there to profit, without going into too much detail, about 60% of the queue purchased 2 Phones and were putting them on eBay straight after. Although it’s annoying, if you allow people to buy two at a time, it’ll always happen.

Generally, the queue was a happy friendly bunch, though there were the odd few who didn’t want to chat or speak to anyone else for whatever reason. The two girls I was standing alongside were happy to talk though, only one of them was getting an iPhone today and that was for her boyfriend who lived in Madrid where the phone cost a lot more than it does in the UK; her friend was there for moral support.

At 6:30 the Grand Arcade staff let more people though the main gates and into the main section of the queue, another hour went by and we were getting closer and closer to the opening of the Apple Store. Usually at this point Apple has distributed water and cake or something similar, this time though, there was nothing and if you were alone in the queue you couldn’t leave to get a drink as there was no registration or ticket system in use at this point. 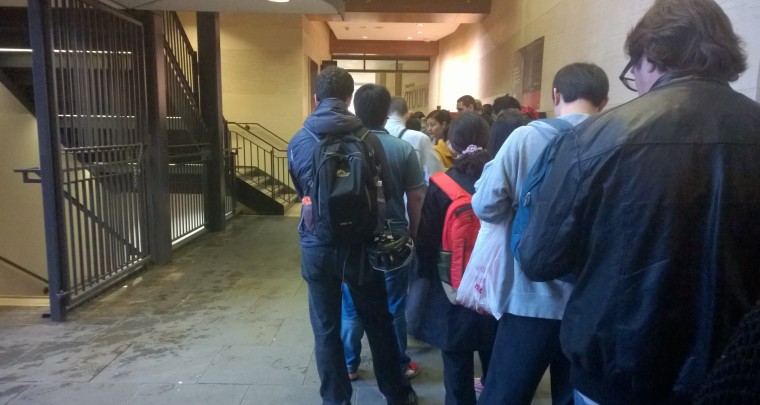 Finally we reached 8 A.M. and there was an audible scream from the front of the queue as they let the first few people through. If you were lucky enough to have reserved one you could head straight to the front based on the time you were due to pick the phone up. Suddenly the queue was moving quite quickly and by 8:20 we had moved quite far into the shopping center, but then we just stopped.

The tills went down, most likely due to the overwhelming demand around the country for the iPhone 6; there was no indication when they would go back up and it was only because I knew a few people in the store itself that I even had this information. At around the same time as the tills went down I got given information about just how many devices the store had been given so I shared it to those around me. I was told there were 800 iPhone 6’s and just 40 iPhone 6 Plus devices.

Some of those around me didn’t seem to believe me, that was until just three minutes later when an Apple employee came around to announce that all iPhone 6 Plus phones had sold out. A few people in the queue who had been specifically wanting for that device left, they were told that a few more would go up for reserve at 9pm tonight.

The queue started to move again, but it wasn’t until around 10:30 am that I came to the end of the queue and switch to the small reserve line where Apple let you pick which size, color and device you want and then you go in and pay for it. 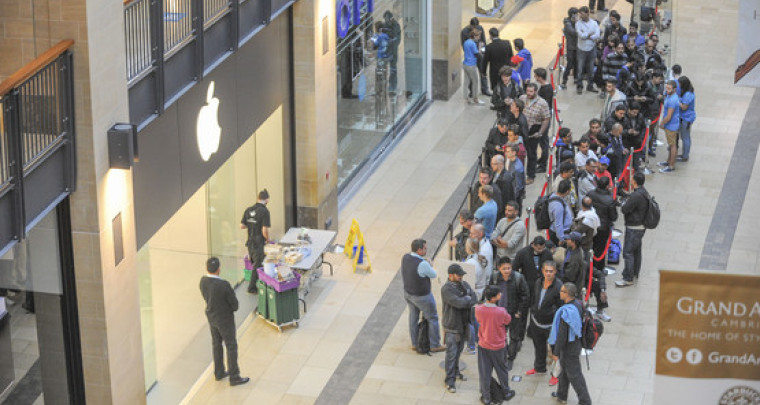 They allowed six of us to move into the reserve queue, I then noticed that a guy had cut in front of us out of nowhere in front of the two girls to cut the queue, I asked him where he had come from, he said he had been there all along, it then started up a bit of an argument between him and I, which then led to a security guard and a few others around me getting him taken out and moved right to the back.

After what seemed like an eternity, I finally got to make the choice about which iPhone I wanted. I had already decided that I wanted the low-end 16GB iPhone 6 in Silver, it was just my luck that at that exact moment that specific model sold out. I was left with two options, leave and order online or go for another model, I decided to go for a 64GB iPhone 6 in silver, despite knowing my wife wouldn't be best pleased with my over spending.

In this section of the queue you were treated to a Starbucks coffee and cake, a nice touch even if I would have loved it a bit earlier on.

The two girls I had been standing with came out with the device and hugged me goodbye, likely never to be seen again, then it was my turn to enter the store with a sales person. I had to pass on my reservation code and then they go and pick up the device at the end of the store where they are all stacked up; there were only around 150 iPhone 6’s left by this point.

As usual, when buying something in Apple, it doesn’t take long. I paid and was out within 2 minutes. I didn’t get hassled for Apple care or to get accessories, which is lucky seeing I had already gone over my budget.

I briefly chatted to the sales person who said this was the biggest queue they had ever had and that they couldn’t believe how far the queue stretched. We spoke about the guy who had dropped his iPhone 6 the moment he unboxed it and how impatient some people were getting in the queue. He said for the next two months people will be coming in asking for them and being turned away, he said although they get deliveries every day they may get just 1 phone in on one day and 300 the next, you can never tell.

I walked out happy, even if this may be my last ever technology queue I stand in, I felt too old for this and it took far longer to move through than I had experienced before and these old legs can no longer cope.