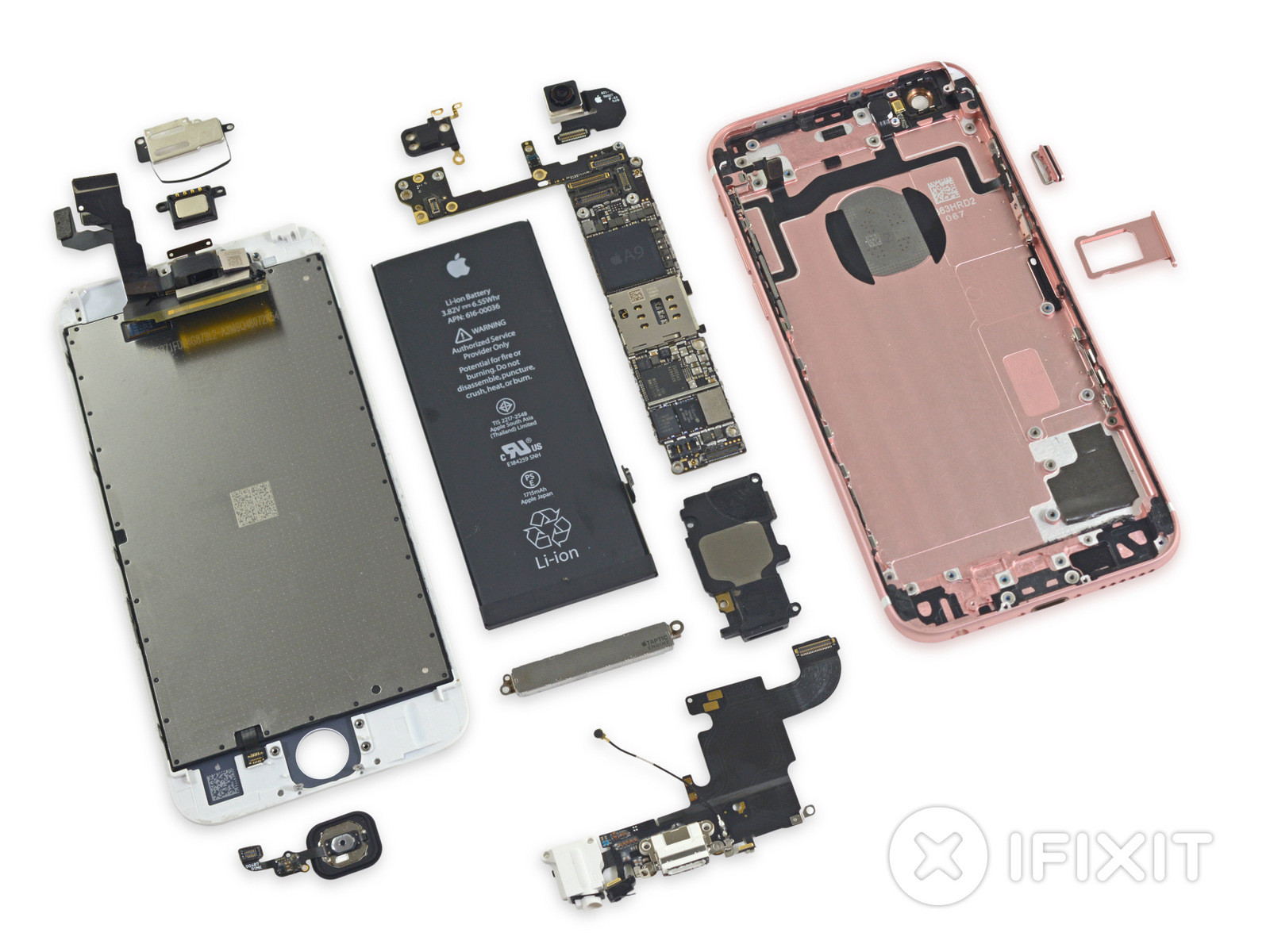 The iPhone 6s and 6s Plus are starting to make their way into millions of hands. While most will enjoy it as it comes, some will begin the process of tearing it down to see what makes it tick.

As with previous devices that have recently hit the market, iFixit was able to procure one of the latest iPhones, documenting the deconstruction and revealing of its innards. Naturally, the teardown process offers a detailed glimpse of the new '3D Touch' display, 'Taptic Engine', and 12MP / 5MP cameras.

The teardown also reveals the much-rumored smaller battery, coming in at 1715 mAh versus the previous 1810 mAh found on the iPhone 6. Although the battery is smaller, due to software optimizations, many are reporting that the battery life is comparable to last year's iPhone 6.

Apple's iPhone 6s and 6s Plus are now available globally via Apple Stores and select carriers. The handset is available in Space Grey, Silver, Gold and Rose Gold, and in 16GB, 64GB and 128GB configurations, starting at $649 USD (without contract).