Apple’s iPhone 7, also known as the iPhone 6SE, might be coming a bit later than previously rumored, with a launch date seemingly scheduled for September 23rd. The unveiling event and accompanying keynote is still expected to take place on the 7th of September.

Previous rumors, based on a leak from the highly-reliable Evan Blass, had pegged an iPhone 7 launch for Friday, the 16th of September. But now, a leaked release schedule from AT&T shows that the carrier expects to reset some of its stock on September 9th and September 23. This means that new devices are expected to come on in on those dates, and both days seem to fit in well with iPhone 7’s release schedule. 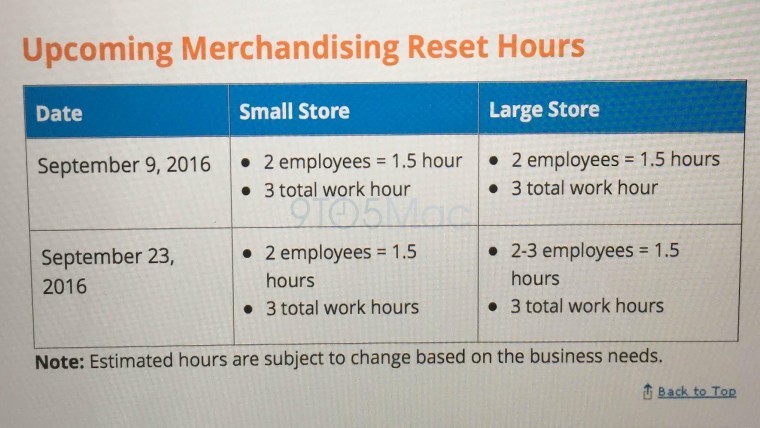 With an unveiling event set for September 7th, the September 9th reset is likely related to the phone going up for pre-order, while the September 23rd inventory reset may be the day the phone actually becomes available to everyone. Historically speaking, all of these puzzle pieces fit, as Apple has usually had a 1-2 week pre-order period, and has traditionally released new iPhone’s on Fridays.

That being said, this leaked schedule from AT&T doesn’t really prove anything. Store managers and employees regularly schedule such inventory resets even in lieu of official info, so until Apple actually confirms something, take this with a grain of salt.

The broad consensus surrounding all of the details that have emerged in recent weeks about the iPhone 7, is that the new handsets will offer only minor improvements compared with the current iPhone 6s and 6s Plus. Of course, one major change expected with the new devices is the removal of the dedicated 3.5mm headphone jack. Given the few changes the iPhone 7 might, in fact, not even be called that. The handset is rumored to sport the "iPhone 6SE" moniker.

Still, one thing’s clear, we’re getting closer and closer to the official unveiling of the iPhone 7, or iPhone 6SE, whenever that turns out to be.