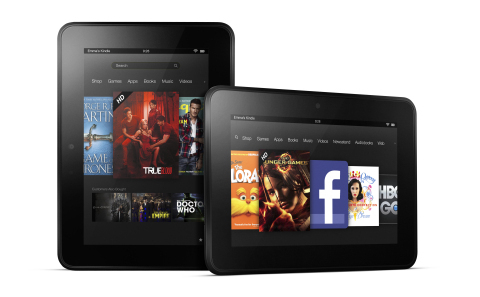 Now Business Insider reports that the Android 4.0-powered Kindle Fire tablets may have a little bit of Microsoft inside them. It states that Microsoft's Bing search service is the default search for the Kindle Fire, and not Android creator Google. So far Microsoft has yet to comment.

Meanwhile, Amazon has now confirmed, via an anonymous tip to Engadget, that the ads that will be a part of the lock screen on all of the upcoming Kindle Fire tablets can be disabled but details about how that will work have yet to be announced.

Finally, the new Kindle Fire won't come with a normal wall power cord; just a USB 2.0 cord for powering up the tablet via another USB device. Amazon is selling an optional Kindle PowerFast adapter for $19.99. The cost goes down to $9.99 if you buy the adapter at the same time as your new Kindle Fire.