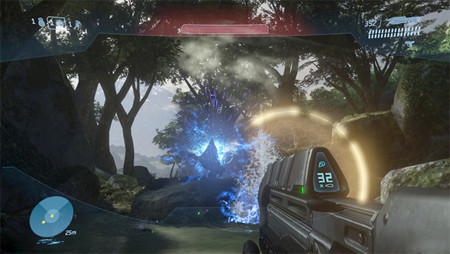 Halo 3 came out for the Xbox 360 in November 2007, but there's been no evidence that a PC port of Bungie's third game in the hit sci-fi shooter series has been in the works. Until now, that is.

A post on the NeoGAF message board lists a number of games that have yet to be published on Valve's Steam service that have now appeared in Steam's database. Among the list of games are not only the first two games in the Halo series, both of which have been ported to the PC, but Halo 3 as well.

The message board post also listed a URL where a Halo 3 community page was reportedly set up, but it seems that web link no longer works. It's more than possible that Valve removed the community page link once it was discovered.

While the presence of Halo 3 in Steam's database likely means that a PC port of the game is indeed on the way, it sometimes takes months for the actual game to be released on Valve's service. Microsoft has a handful of PC games on Steam, including Age of Empires 3, and Fable 1 and 3. It also hosts downloads for its two free-to-play games, Age of Empires Online and Microsoft Flight, both of which no longer will be adding new content.

Update: According to a statement that Microsoft sent to Eurogamer, the company has no plans to release any Halo games on Steam.