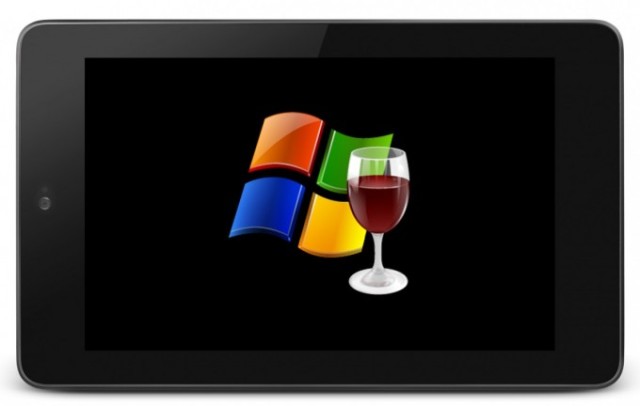 Wine, the well known and loved software that allows you to run Windows apps on other platforms such as Linux and Mac OS X, has been demoed running on Android at the Free and Open source Software Developers' European Meeting (FOSDEM). Alexandre Julliard, the original developer of Wine, used his MacBook, running Linux, running an Android emulator, to quietly show off his latest project in action.

Unfortunately the performance of the app was noted as being "horrendously slow" by Phoronix, although this was attributed to the emulation of the Android environment needed for the demo, as Wine wasn't shown running on an actual Android device. The port is still in active development and definitely not ready for any sort of public use, but in the future it could form the backbone of some of CodeWeavers' (the guys who make CrossOver) commercial software.

Running Windows apps on non-Windows ARM-based hardware is definitely an interesting concept, but the performance constraints of the relatively low-powered ARM chipsets could hinder the actual usefulness of such a capability. Theoretically you could run the full version of apps such as Microsoft Office on an Android tablet, but who knows how it would perform or whether the effort would be worth it.