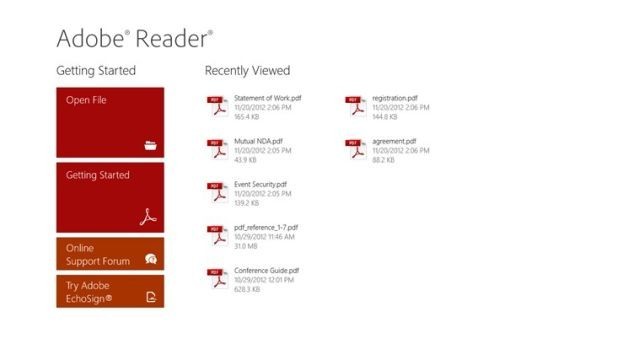 In December, Adobe released its free Adobe Reader app for Windows 8 and RT devices for reading PDF documents. The app has since become one of the most downloaded apps in the Windows Store and is now currently the fifth most popular free app for Microsoft's new operating systems.

The new version has a couple of other changes, including some improvements for mouse users for zooming into documents, as well as adding a way to view Sticky Note annotations.

As we have noted before, Microsoft has put in support for reading PDF files with its own in-house Reader app in Windows 8. However, judging on how popular the Adobe Reader Touch app is in terms of its download position in the Windows Store, it seems like many Windows 8 users prefer to access Adobe's own app instead of Microsoft's Reader software.