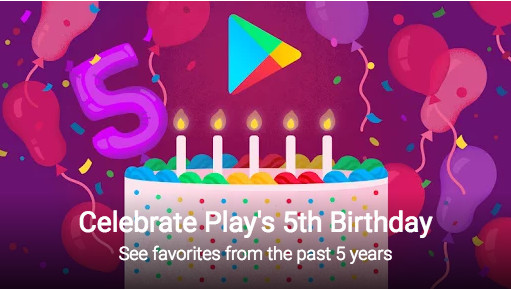 It may be hard to believe, but Google is celebrating its five-year anniversary of its Play Store. First making its debut as "Google Play" in 2012, the now one stop shop offers a massive catalog of games, TV shows, movies, music, and books - and also boasts more than one billion active users in 190 countries.

In light of the five year anniversary, Google has published a list of its top five US downloads in various categories from the Play Store which can be found below.

*Download only. Does not include pre-installed apps on Android devices. 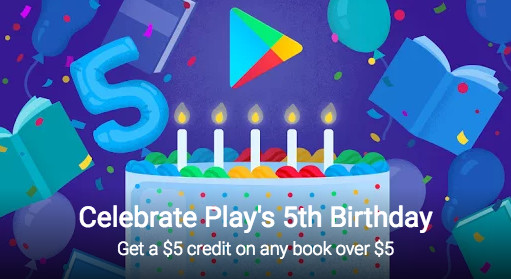 While they may not be celebrating with a bang, Google is offering a $5 credit that can be used when purchasing a book over $5. Just be sure to log in to your Google account and hit the link to opt in for the credit. Upon purchasing a book, the $5 credit will be applied at the time of check out. The Play Store states that the offer is valid until the March 24 but must be redeemed by March 9.