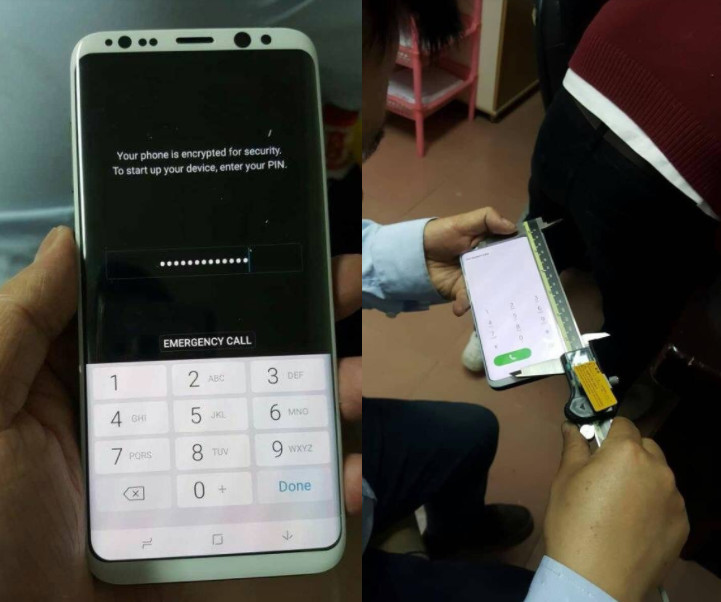 While the Samsung Galaxy S8 remained elusive for quite some time, leaks in relation to the unit have been increasing at a feverish pace over the last few weeks in the lead up to its official debut towards the end of the month. Although we have previously seen the glossy black variant of the handset numerous times, it appears that images showing a new white color variant are now making the rounds.

If the images above are to be believed, it means that sometime in the future, there could be a white version of the Galaxy S8 handset. This wouldn't be impossible considering that in its lifespan, the Galaxy S7 edge has managed to rack up an impressive seven different color options. Again, this image could be some kind of hoax or a prototype, but we could find out as soon as the end of the month if this will indeed be a real offering.

Sony, LG, and a few other companies have shown their cards at Mobile World Congress in Barcelona - Samsung is the lone wolf this time around opting to delay the debut of its highly anticipated handset until its 'Unpacked' event on March 29.