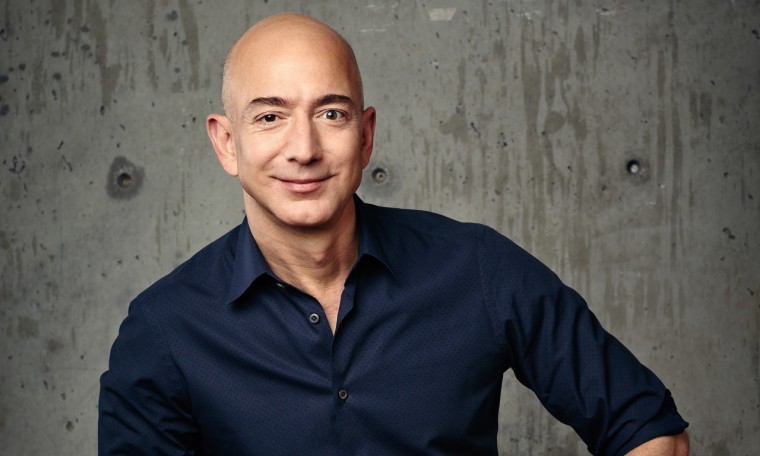 Yesterday, Jeff Bezos became the second private billionaire citizen to fly to space, a week after Virgin CEO Richard Branson achieved the same feat. Shortly after the Blue Origin flight landed back, Bezos addressed the media and was candidly honest, about how he got up there.

During his address, Bezos thanked Amazon employees and customers for funding his 11 minute trip to the edge of space.

I want to thank every Amazon employee and every Amazon customer, because you guys paid for all this. Thank you from the bottom of my heart very much.

Seriously, for every Amazon customer out there and every Amazon employee, thank you from the bottom of my heart very much. It's very appreciated.

Naturally, the statement did not sit well with most people and Bezos received backlash on social media for spending close to a billion US Dollars to go on a 11 minute trip to space. Days before his trip, astrophysicist Neil deGrasse Tyson said:

The net worth of @JeffBezos is about $200-billion. A stack of that many dollar bills would reach twice as high as his Blue Origins Rocket launch. pic.twitter.com/jbNbWDwEhR

Furthermore, Oregon Representative Earl Blumenauer said he plans to introduce a SPACE (Securing Protections Against Carbon Emissions) tax in order to offset the carbon emmision due to these rocket launches.

Space travel isn't a tax-free holiday for the wealthy.

We pay taxes on plane tickets. Billionaires flying into space—producing no scientific value—should do the same, and then some! #SPACETax🚀

Critics have fired back at both Branson and Bezos asking them to help solve the numerous problems that plague the planet Earth. A recent report found that a number of billionaires including Bezos pay a staggeringly low amount of tax. According to the report, Bezos paid less than 1% between 2014 and 2018 while an average American paid 14% in taxes. This was further amplified by Senator Elizabeth Warren who said that Bezos forgot to thank the hardworking Americans who paid taxes to keep the country running.

Jeff Bezos responded to the critics insisting that his trip was more than just a joyride. He noted that Blue Origin is developing reusable rockets to reduce the cost of space travel for future generations while finding new solutions to the environmental crisis.