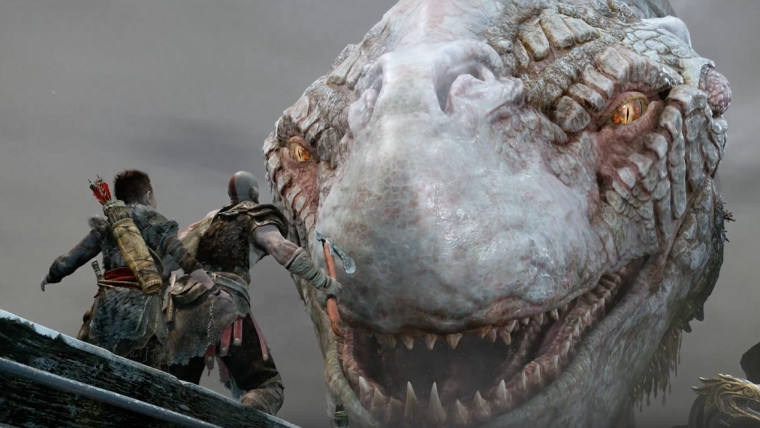 Sony has been keeping the rebooted God of War tightly under wraps since it was unveiled at E3 2016. We got to see new footage last year at E3 and some special events, but not much more to tell us about god-killer-turned-dad Kratos and his shift to Norse mythology from Greek. But Sony has finally given us a light of hope, with a release date of April 20 and a new trailer.

A new trailer for the PlayStation 4 exclusive gives us more background to the story, showing the death of the boy's mother, Kratos' return, and the adventures that will force Kratos to reveal his true nature and origin to his son.

In addition, Sony unveiled a pre-order offer and several special editions. A pre-order of any edition gets you three special shield skins, while a pre-order through GameStop or EB Games, you'll get the "Luck of Ages XP Boost," which provides +10 Luck and an extra enchantment slot.

As for the individual editions:

The 9’’ statue was crafted by our team in collaboration with the incredible folks at Gentle Giant. The cloth map is a unique companion to your journey, and an art piece on its own. The Huldra Bros carvings pack as much detail as their personas do in game. Just a few of the highlights, not to mention the digital items as well!

Available in the US and Canada only, this edition includes everything in the Collector’s Edition along with four very distinct, rare items directly from the game. You might recognize Atreus’ wooden Horse and Troll carvings from our E3 2016 debut. They complete the collection with the Huldra Bros, btw. The Stone Mason Ring is a finely crafted piece of jewelry, whose story we won’t spoil. The talking Mimir Head keychain may be your personal favorite after you interact with him in game. Massive credit to Gentle Giant capturing the exquisite detail of these!

If digital only is king for you, we didn’t forget. Adorn the legendary Death’s Vow Armor Set to increase your strength, and honor the solemn promise that sends Kratos and Atreus on their journey through the Norse wilds of Midgard and beyond. The digital comic book from Dark Horse, Issue #0 starts to unearth the story of Kratos before his quest with Atreus begins. Not to mention both the digital comic and mini art book will come with exclusive creator commentary tracks.

Finally, available to addresses in the US and Canada only, pre-order this Digital Deluxe beauty to get a sweet, exclusive, shiny, limited-run God of War physical pin.

It will be interesting to see if developer Sony Santa Monica can pull off this soft reboot. The initial trailers and gameplay look solid, but April 20 will be the true test of the new Kratos.