Microsoft rolled out Xbox Game Pass back in June after it was tested by Insiders for several months. The service offers subscribers more than 160 Xbox One and Xbox 360 games for a mere $9.99 per month. However, the games were relegated to those that launched months or years ago, such as the recently added Halo Wars 2, and NBA 2K17. This will change once Sea of Thieves comes around in the next couple of months, according to Microsoft's Executive VP of Gaming Phil Spencer. 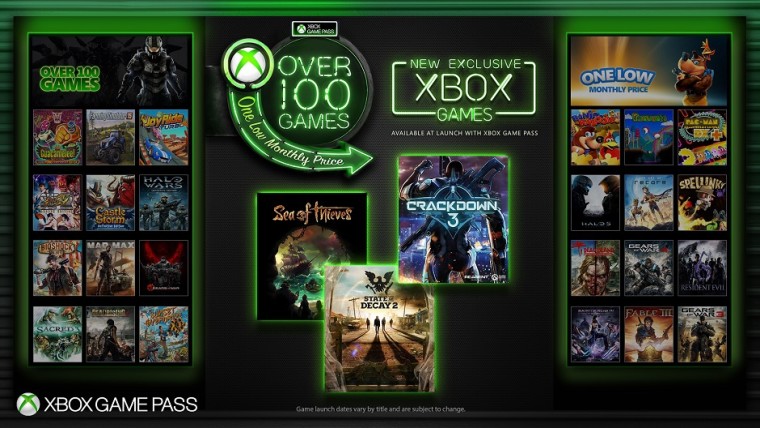 According to a post on Xbox Wire, Spencer spilled the beans on what the company is planning for the subscription service in the near future. According to the executive, Sea of Thieves will lead the way this year, laying the groundwork for Xbox One exclusive first-party titles hitting both retail shelves and Xbox Game Pass on day one. Other titles coming this year, including State of Decay 2, Crackdown 3, and possibly an unannounced Forza Horizon game, will become available in the same fashion to subscribers of the service.

This comes after Spencer noted that he was not 'deaf to the memes' relating to the lack of exclusives for the Xbox One console. Rumors have also pointed to the company spending considerable amounts of cash investing in studios in a bid to bolster the library of titles exclusive to its platform, not to mention Playground Games possibly working on a new Fable game.

Spencer confirmed an increased focus on games coming from inside Microsoft in an interview with The Verge:

"We’ll continue to invest more and more into first party. The fact that those first-party games will launch into Game Pass just gives our customers more choice in how they get to play those games.”

The move to launch these exclusive games - including all future Halo, Forza, and Gears of War releases - should prove to be a boon for the subscription service. Spencer also noted that Microsoft will be working with select retail gaming outlets to make a six-month subscription card available for $59.99 starting on March 20. Xbox Game Pass is available for $9.99 per month, right now.

Sea of Thieves will launch on March 20, with a closed beta going live tomorrow for those who pre-ordered the game. It is an open-world adventure title that sees you commandeering a pirate ship, in search of untold riches.

If you want to stay up to date with the hottest gaming related news or reviews, make sure to follow us @NeowinGaming on Twitter!