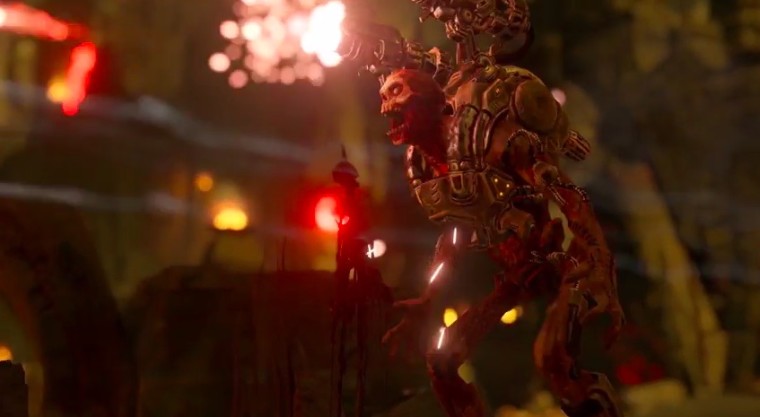 In its E3 conference today, along with Fallout 4, Bethesda has also announced a couple of other games, including the latest installment to the massively popular DOOM series. The first game in the franchise was originally published in 1993 and is considered by most to be one of the most influential and pioneering titles that helped shape and mould the first-person shooter genre. Bethesda announced a few months ago that pre-orders for Wolfenstein: The New Order will include access to DOOM beta; which is yet to begin, and even posted a teaser trailer last month.

However, now the wait of eager fans to the franchise is about to end as Bethesda has announced that the title will arrive for the PC, Xbox One and PS4 in Spring 2016. The first demo of the game emphasized various aspects, including the ability to double-jump, different types of enemies and weapons, insane amounts of violence, blood and gore, melee attacks, destructible environments and maze-like structures. In short, all the excitement and fun you would expect from a quality fast-paced DOOM game.

Besides the gameplay video, id Software Executive Producer Marty Stratton proceeded to show off the game's multiplayer mode, which he aptly described as "fast-paced". Along with this, the executive also detailed a new map creation mode called DOOM SnapMap. Using this, players will be able to create new maps, custom AI and different game modes. These maps can also be instantly shared online and can also be initiated whenever the player feels the need for it.

And you can watch the gameplay demo above.