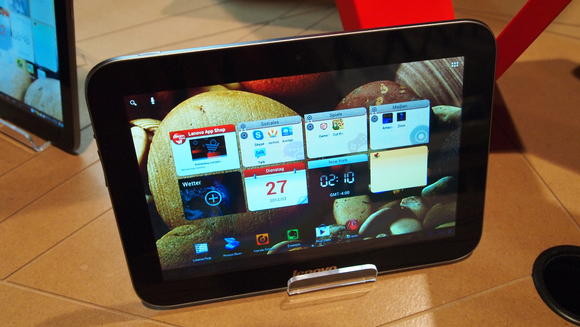 Lenovo is preparing the release of two new tablets, the 7-inch IdeaTab A2107 and the 9-inch IdeaTab A2109. Both tablets will be running Ice Cream Sandwich at launch, which could be a little disappointing, but potential consumers could wait for the update to reach the tablet, or obtain it unofficially through keen developers.

Costing just £149, the 7-inch model is one of the cheapest Android tablets around – even undercutting the Google Nexus 7 and the Kindle Fire HD. The 9-inch model is actually on sale in Currys and PC World outlets all over the UK, and is priced at £199.

The specs of the 7-inch A2107 shows reveal the device has battery life of up to 8 hours, has 16 GB of internal memory and features an internal roll cage to protect the tablet from potential butterfingers who may drop it.

The A2109 is the more powerful of the two devices and features an NVIDIA Tegra 3 1.2 GHz quad-core processor. The 9-inch screen features a resolution of 1280 x 800, giving it a pixels per inch count of 167. This isn’t the greatest PPI count we’ve seen on a tablet, but at this price we’re really not going to complain about it. Both tablets feature dual speakers for stereo sound, which should give a good experience to users just wanting to watch movies and listen to music on-the-go.