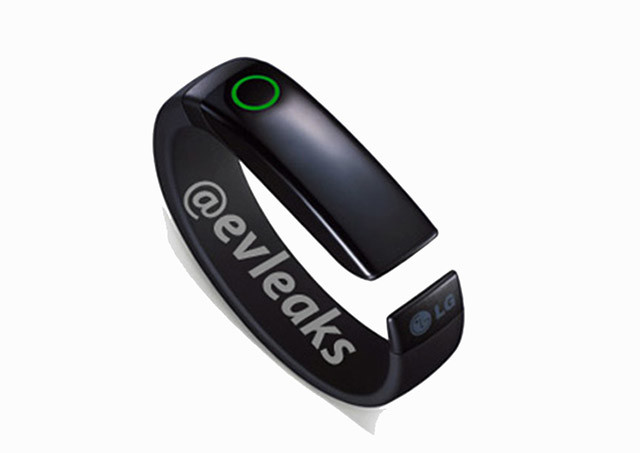 A photo of LG's newest consumer product, the 'LG Lifeband Touch', has been leaked a week ahead of the Consumer Electronics Show in Las Vegas by an inside source on Twitter. The user @evleaks posted about the device, which seems to be a wearable fitness tracker, providing only a picture and a name.

The tracker, which seems to be modeled after other activity tracking armbands such as the Nike Fuelband, has a seemingly simple semi-matte black design with a small green circle on top. In what looks to be LG's first fully-fledged consumer fitness device since their prototype armband in early 2013, the Lifeband Touch looks like the company's attempt to enter a thriving market which has long been dominated by other competitors, most of which have been comprised of smartphone peripherals.

With the new year coming around and many companies expected to make announcements at CES 2014, the Lifeband Touch could just be a taste of what LG has to offer in 2014. With so many great things to look forward to and increased integration between products, even if fitness isn't your thing you can still be excited about the potential it brings.