Warner Interactive Entertainment’s ever-popular MMO Lord of the Rings Online is about to hit its five-year anniversary. To celebrate the occasion there will be a number of festival activities as well as some gifts that players will get as a thank you for playing the game.

To get hold of the anniversary gifts, all players have to do is log into the game between April 16th and April 30th. Premium and VIP players will be eligible for additional special gifts such as portrait frames, mounts and more. 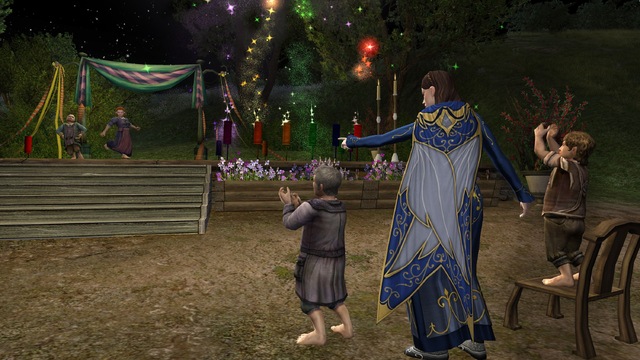 The anniversary festival also begins on April 16th and has a host of new quests, the opportunity to win a new Anniversary Steed thanks to a horse race and the chance to gain a new anniversary clock if you complete an in-game quest.

There will also be beer battles and a double XP weekend, which will take place from April 24th to April 30th. Check out the screenshots from the celebrations below.