The internet is ablaze with rumors of an upcoming Skyrim DLC, after Bethesda dropped a screenshot and hint via their Twitter account. The tweet, which reads simply 'tomorrow,' features a mysterious looking screenshot of a man who seems to be in need of a bath, and possibly another figure in the shadows.

Bethesda last brought up DLC in last week's announcement of Skyrim's upcoming Kinect support, promising that the “additional content will add new quests, locations, features, and much more to the world of Skyrim.” Other than the fact that they're coming to the Xbox 360 30 days in advance of other platforms, we don't really know much of anything about Skyrim's DLC. 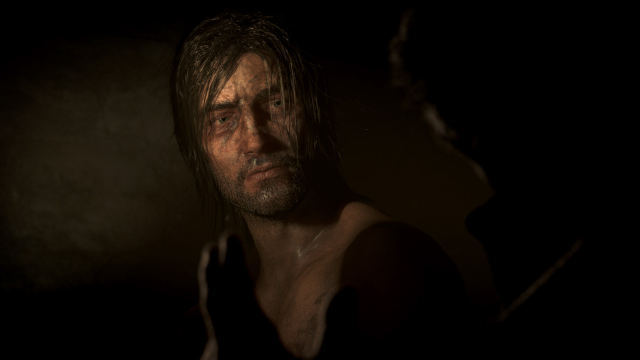 If you haven't had a chance yet, you really should give Skyrim a shot. It's definitely one of the finest games we've seen in a long time (just check out our praisefest – err, review – if you don't believe us), and DLC can only enhance that.

If you haven't been living under a rock for the past few months, and you have had a chance to waste countless precious hours of your life on Skyrim, what kind of DLC would you like to see? New lands? Quests? A meaty expansion? Horse armor? Let us know below.