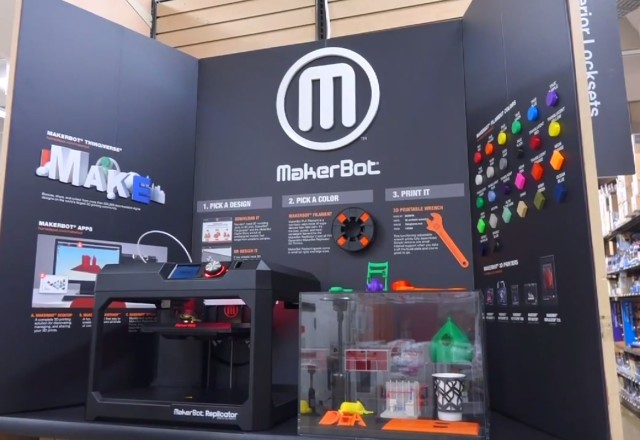 As 3D printing transitions from being a mere novelty to becoming a more widely used tool, MakerBot and Home Depot have partnered to offer the popular 3D printer at some of its retail locations. Starting today, a dozen Home Depot stores will have live demo stations of the printer, along with printers and supplies for sale. The MakerBot 3D printer will be available starting at $1375.00 USD.

If the MakerBot printers are a bit out of your price range, you might want to check out the alternatives that we have covered previously. The Micro 3D printer is smaller than a typical 3D printer, but also packs a wide variety of features. The LIX 3D printing pen is a bit different, but gives the users the functionality of 3D printing, from a device a little larger than a standard size ink pen.

For those located in California, Illinois, or New York, call your local Home Depot to verify whether they have a MakerBot demo at your local store. Otherwise, you may have to experience it by heading online. If the program proves to be popular, Home Depot will expand the MakerBot kiosks to other locations.