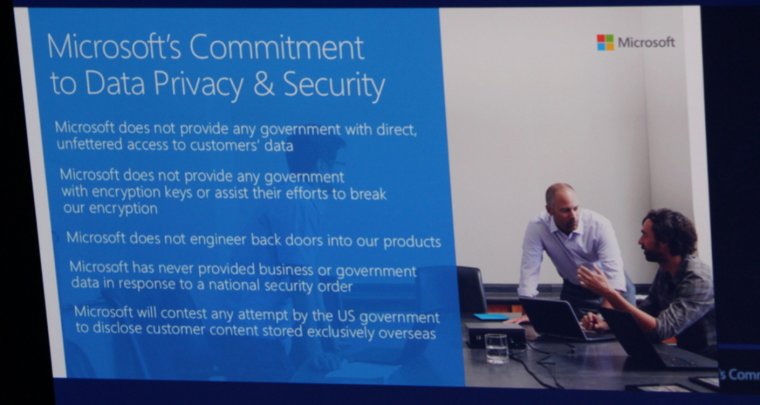 Microsoft has not been shy about combating the accusations made against the company that they are working with government agencies and allowing them to access their data at will. After the Snowden leaks, Microsoft took a hit to its reputation after it was stated that they were helping the NSA crack encryption keys. Microsoft was not alone in being called out by the leaks but for a company building out a billion dollar cloud business, the brand needs to be protected.

In the past, Microsoft has publicly called out the current practices that are used to collect data and they are actively taking a stance to protect client data. This point came up again today as Kevin Turner, near the end of his presentation, hit home the point that Microsoft does not engineer backdoors into its products to allow third parties - including governments and security agencies - to indiscriminately access its users' data, nor has it ever done so. 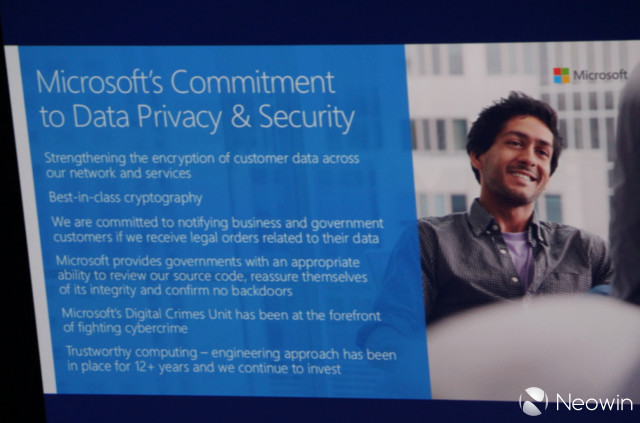 Further, he stated that the company has not provided the government encryption keys to its data and that they have never provided business or government data in response to a national security order.

The intentions of these statements were clear at WPC: to reassure its partners that its cloud is secure and no government agency has access to its services. Why is this important? WPC is the company's largest partner event of the year and Microsoft needs these third parties to keep pushing their services, and by asserting their control over privacy, it alleviates a key concern for these partners.

The clearly articulated points received generous applause at the conference as everyone understood this to mean that the company is not and will not bend over to government requests and will fight for data privacy with every request.

For those of you who host your data in the cloud or use a service that runs on Azure, Microsoft says that it is deeply committed to protecting your data and is working to further enhance its that commitment going forward.