Rumors that Microsoft has been working on a smartwatch fitness band have been doing the rounds for some time, but it seems that its plans for wearable devices extend even further than this. The company has been working on developing a 'smart headband' designed to help blind people to 'see' the world around them, although not quite in the way that you might think. 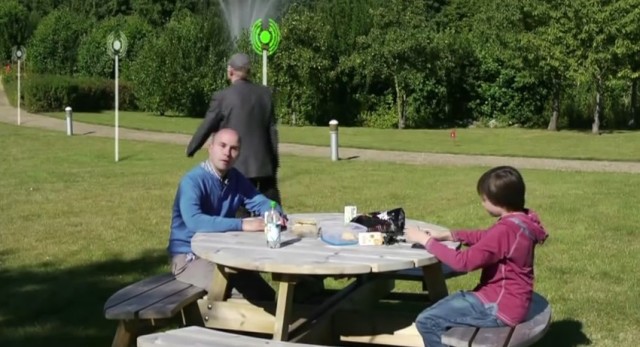 According to The Sunday Times, Microsoft's device helps those with poor or zero vision by delivering audio instructions and information about their surroundings via an ear piece. The headset is described as being similar to an Alice band, and it will be capable of providing details of nearby objects, warnings about obstacles, and even guidance to help the wearer to get from one location to another, relaying information and alerts through audible updates.

This is, of course, not the same as restoring a person's sight. But consider how a bat uses sonar to be able to 'see' in the dark; using sound to help people to build up a mental image of their surroundings is fundamentally similar. 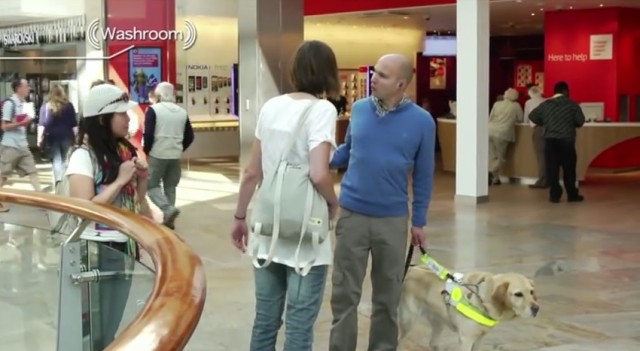 Development remains in its early stages and is strictly a research project for now. But it is already being tested by a group of eight blind people near Microsoft's UK headquarters in Reading. The Daily Mail reports that they have tested it around the ferociously busy Reading train station, helping them to navigate its maze of staircases, escalators, platforms and ticket barriers. The Queen will reportedly visit those working on the project this week.

The concept video below, originally produced in 2012, should give you some idea of the basic underlying concepts behind the project (watch from around 9:55 for the section most revelant to this article):

The device is being developed as part of an initiative called Cities Unlocked, a joint project involving many leading UK companies, including Barclays, Tesco and First Group. Microsoft's participation is through Future Cities Catapult, a tech-focused effort backed by the UK government Department of Business Innovation and Skills, and The Guide Dogs for the Blind Association.

Its short-term goal is "to make the city more accessible and enjoyable for people with sight loss, by using new technologies. The longer term aim is to... revolutionize the urban experience for everyone, through more effective collaboration and innovation."

Guide Dogs chief executive, Richard Leaman, praised Microsoft's efforts in its development work on the device: "This project hits right at the heart of the daily challenges blind people face in our urban landscape," he said.

Many of us take the technologies that we enjoy every day for granted, but technology has the power to transform people's lives in an incredible and very meaningful way, as we have seen time and again. Witness, for example, how a Surface Pro and Xbox One helped a paralysed man to do more, or how a game that uses Microsoft's Kinect sensor is revolutionizing rehab for stroke survivors.

We can only hope that Microsoft's development of its headband for the blind proves to be a success. The best applications of technology are, after all, those that change people's lives for the better.