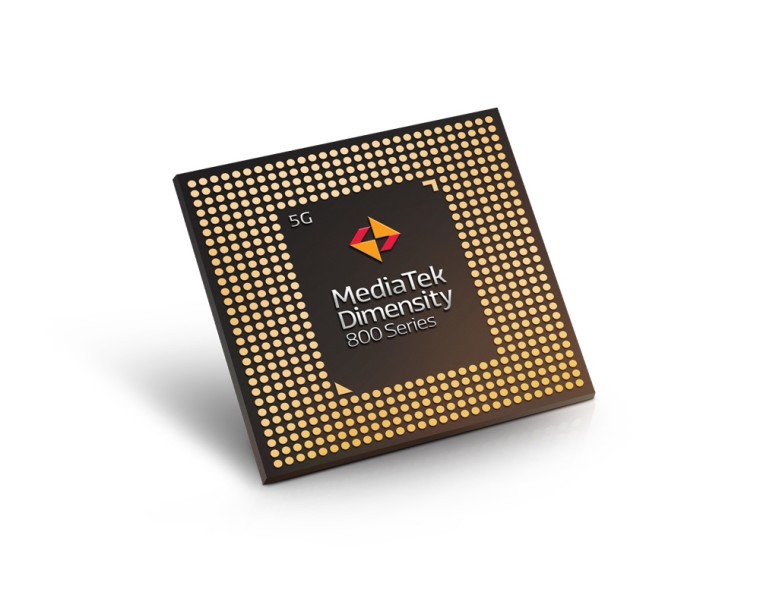 Just over a month after MediaTek announced its flagship 5G chipset, the company has taken the wraps off its mid-range 5G chipset series -- the Dimensity 800 5G.

On the GPU front, the chip features four cores of "Dimensity 1000-class GPU IP" to provide a "flagship-grade GPU."

The AI processing engine of the Dimensity 800 offers up to 2.4TOPs of performance for speedy processing of AI and ML tasks.

Other notable specs of the new MediaTek chip include support for FHD+ displays with 90Hz refresh rate, an integrated 5G modem with two carrier aggregation, Dynamic Spectrum Sharing, and multi-mode cellular connectivity from 2G to 5G. The chip, however, only supports sub-6GHz 5G networks and lacks support for mmWave which is being used by T-Mobile, AT&T, and Verizon for rolling out 5G in the U.S.

MediaTek expects the first smartphones with its Dimensity 800 chip to start showing up in the first half of 2020.