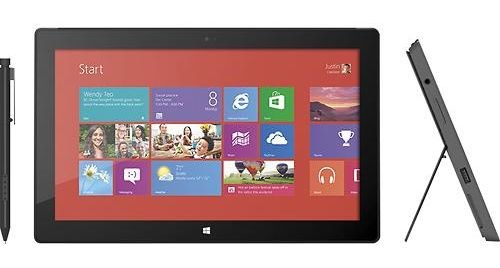 We may have started a new year but the search to buy a new Surface 2 or Surface Pro 2 tablet from Microsoft continues to be challenging. For example, the only model that's available to buy from the Microsoft Store site is the 512GB Surface Pro 2 at $1,799; all of the other second generation Surface tablets are still sold out.

However, if you want to get the original Surface Pro at a much cheaper price, Microsoft is offering a sale that cuts the 128GB model down to just $599, compared to its normal $899 price. The sale is live now at Microsoft's online store (and yes, it is in stock) and the same price for the tablet is available on Best Buy's website.

Just a reminder: Inside the 10.6 inch Surface Pro there's a third generation Intel Core i5 processor, 4GB RAM and a display with a resolution of 1920x1080, along with a stylus. The original Surface Pro is compatible with the new Type and Touch Cover 2 accessories that launched in October with the new Surface tablets. It will also work with the Power Cover that's due out later in 2014 that should extend the Surface Pro's battery life by a considerable amount.