Piriform's CCleaner, the very popular Windows cleanup utility, is the latest big named software to come to the newly overhauled Microsoft Store for Windows 11. The tool was first spotted by Softpedia though it may still not be available for everyone. 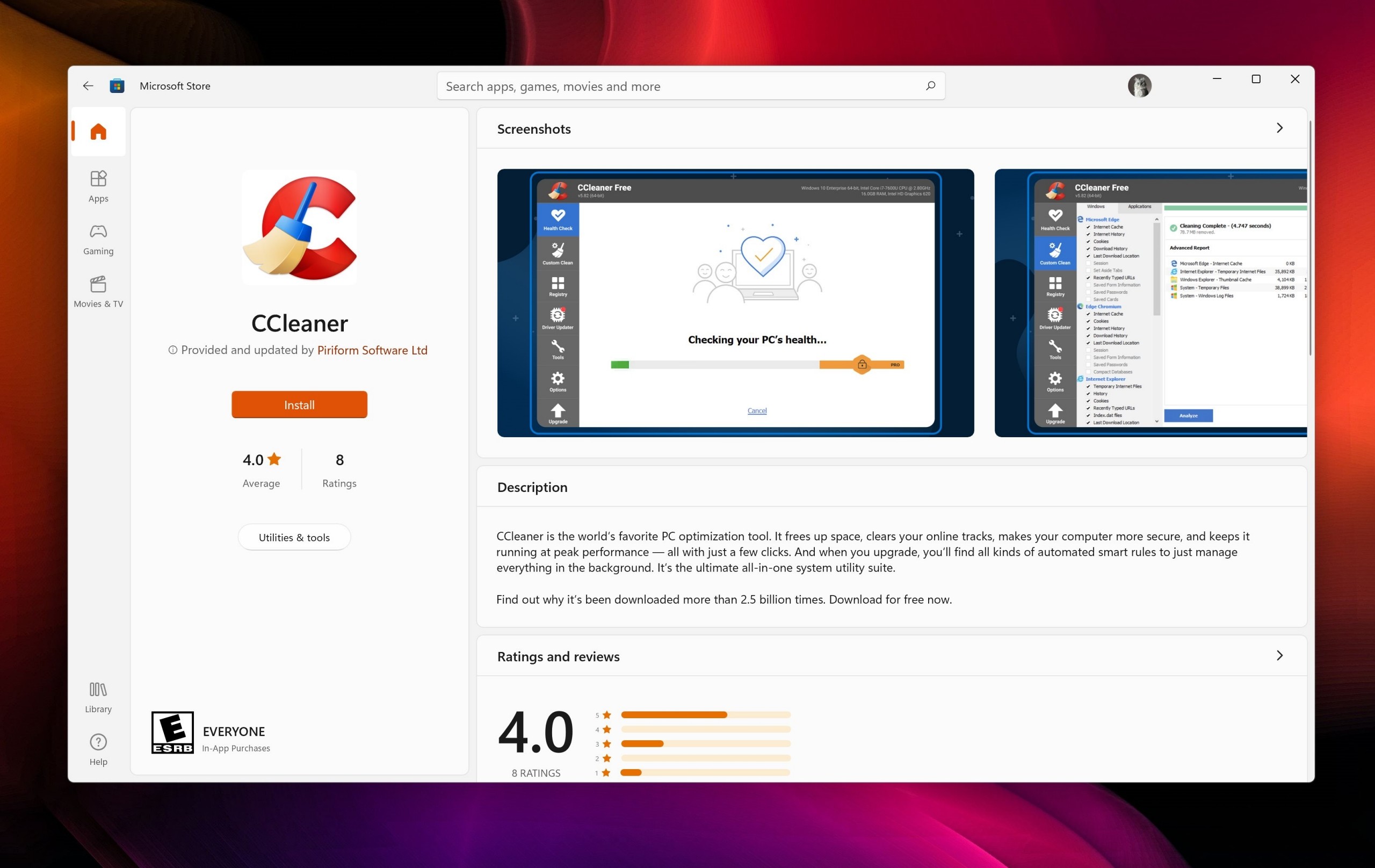 This new entry is particularly interesting as CCleaner, among other registry cleaner software, has had a history of some contention between itself and Microsoft.

Like less than two years ago around August 2020, Microsoft's Windows Defender was found flagging CCleaner as a potentially unwanted application (PUA) since CCleaner would come bundled with other non-Piriform software like:

The Redmond company later revised the CCleaner listing from PUA:Win32/CCleaner to PUA:Win32/PiriformBundler. Perhaps coincidentally, the bundled software all appear to be rival alternatives of Microsoft's own offerings.

Going even further back to 2015, Microsoft's Gov Maharaj, Principal Software Development Engineer, had seemingly completely ignored the application during a web show called The Defrag Show that was published on Microsoft's Channel 9 website (link appears not to be available anymore).

Maharaj was apparently trying to advise a user upgrading their PC from Windows 7 to Windows 10 about unwanted and unnecessary apps. About CCleaner Maharaj had said:

The expression and words showed that Microsoft at least to some degree wasn't really a fan of the software back then. But now, things seem to have changed.

While we are on the topic of CCleaner on Microsoft Store, there appears to be an impostor app posing as CCleaner called "PCCleaner" and uses the real CCleaner's logo.

Update: It appears that an announcement regarding CCleaner coming to Windows 11's Microsoft Store was officially made by CCleaner last year. However, the original source of the announcement could not be identified.