Microsoft is making moves to assert its position in the Home Automation and IOT (Internet of Things) space; the green market is ripe with potential and there is not a clear cut leader at this time. While Microsoft started making efforts in this area earlier this year, the company is kicking things into high gear and has formed it's plan of attack for this new market.

Back in August, the company released the first preview OS for IOT and has been working to attract developers ever since the launch of that platform. But more than that, Microsoft ran an accelerator that was targeted at Home Automation startups, and thanks to Microsoft's Careers page, we can learn a bit more about where the company is headed in this emerging sector.

Microsoft has formed a new team to tackle the challenges that IOT presents, according to a new job posting. This job posting specifically calls out home automation, among other use-cases, and how the company is building a platform that bridges client and cloud worlds.

Microsoft sees the IOT market as significantly larger than the entire PC market with 2 billion IOT devices in 2012 with projections up to 20 billion devices in 2020, according to a different job posting. The company believes that there is no clear leader in this "strategic green field" and with IOT set to become a massive market, larger than PCs, Microsoft is gearing up to to win a large percentage of this market. 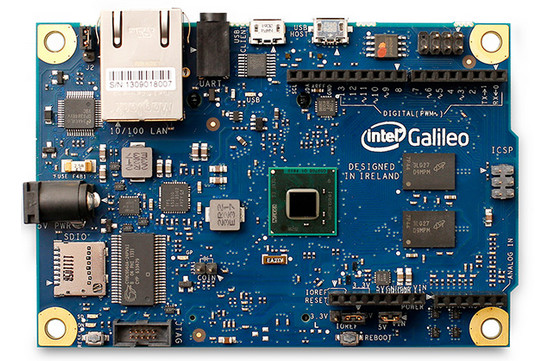 Based on this information and past conversations with Microsoft, they are targeting to postilion Windows 10 as the gear in a spoke and hub setup. What we mean is that, while there are plenty of competing platforms like Alljoyn, there needs to be a central platform that makes it possible to connect into all of these services.

Take a look at what Microsoft has done with Health, they built a central hub that can connect to many different fitness devices. The company is looking to do the same but on a much broader (and more native) scale with the IOT market and we can already see this effort starting to materialize with the announcement AllJoyn support in Windows 10.

More than ALlJoyn, Microsoft wants to make Windows 10 work with all open source IOT platforms, expect to see more developments in this area in the near future but know that if a platform exists today, Microsoft is trying to find ways to tie it into Windows 10.

The IOT market represents a huge opportunity and like many other markets, expect the IOT arena to be saturated with disparate platforms. Microsoft, with its new strategy of being open and having its products work with every platform, is going to try and position itself as the hub of these devices.

It's a strategy we have seen before from Nadella and company with Microsoft Health and it looks like they will be taking this approach as well with IOT too.

The work in this area is slowly coming together and we will likely hear more about this early in 2015. We are not sure if the conversation about IOT will come up at the January 21st Windows 10 event as that is more supposed to be consumer-side focused but we do know current road maps would make it possible for announcements to be made at that time.