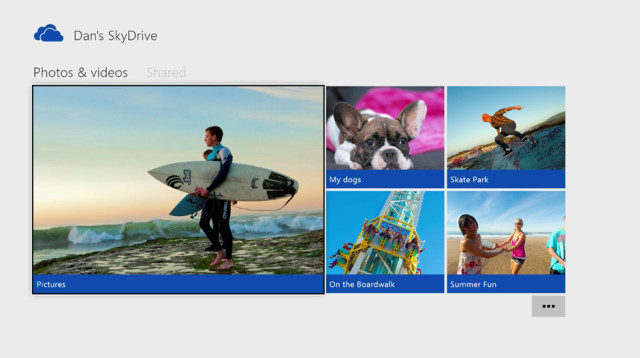 Microsoft launched a SkyDrive app for the Xbox 360 in December 2012, but when the Xbox One was first announced in May, the company would not confirm to us that SkyDrive would be released for the next-gen console. Today, Microsoft has finally stated that a SkyDrive app for Xbox One will be ready for the console's scheduled November 22nd launch.

As with the Xbox 360 version, the Xbox One SkyDrive app will let users view their photos and videos uploaded to their accounts on a big screen television. The app will also allow access to SkyDrive accounts that are shared by others.

The Xbox Wire site has more info on the features that have been added to the app. It states:

One example: we added the ability to zoom in to a 4k resolution image of a sports stadium or city landscape. To keep the app snappy, we only download full screen (1080p) thumbnails of the images to show in slide show. But if you are on a large image, you can use the right trigger on the Xbox One controller to zoom in, which downloads a higher resolution version. You can then pan around with the right stick. 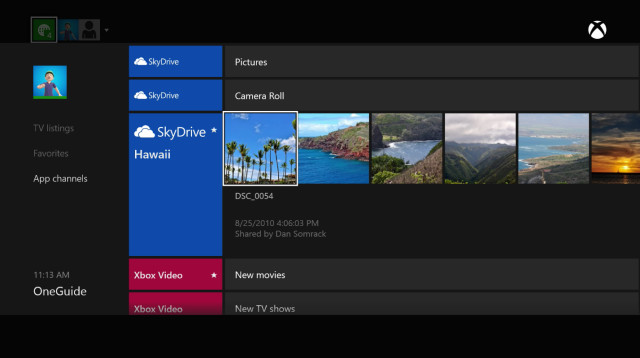 Photos from SkyDrive accounts can be viewed from the console's OneGuide TV listings as if they were listed as a TV channel. The SkyDrive app can also be snapped with another app, such as viewing a photo slide show while listing to a song on Xbox Music.