In September, Microsoft launched a new update for Internet videos searches within its Bing engine. Today, the company announced it has extended that video search update to include music videos as well. 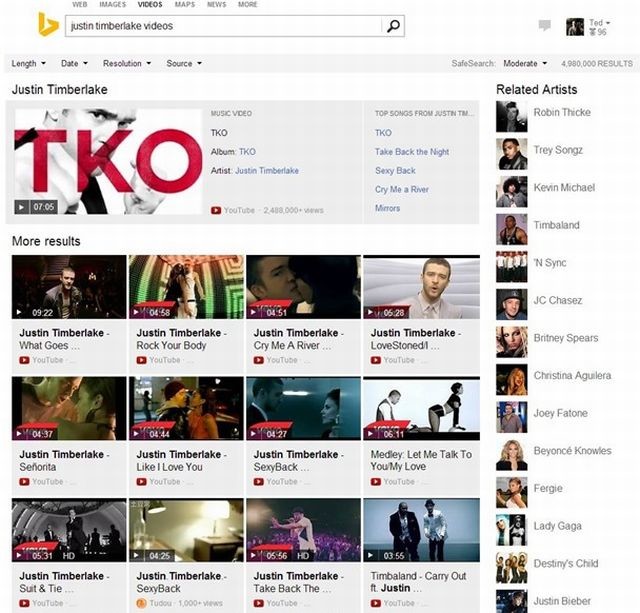 The official Bing blog reveals that searching for a specific video from a music artist on Bing will bring up the most popular video on the top left side of the screen, as shown in the example above. The top right side will have a list of links to other popular music videos from the same artist. It adds:

Because we know that quality videos don’t just come from one place, we showcase videos from leading sites including YouTube, Vimeo, MTV, Artist Direct and more. Instead of making you click through to a site to see if a video is the one you want, you can simply mouse over the thumbnail to see a preview. If you like what you’re hearing, simply click on the button to play the full version.

The music video search results can also be viewed in the order that the songs appear on an artist's particular album, which can be seen when clicking on the name of the album below the song's name. Microsoft says, "We have live albums, original ones, greatest hits, collections and more."