Apple is not the only company that is looking to ban competitors’ products. Microsoft is exploring their options as they look to gain some traction in the patent wars. Following July’s successful ban of Motorola devices in Germany for violating a patent around a File Allocation Table (FAT) patent, Microsoft has once again managed to get Motorola products banned. 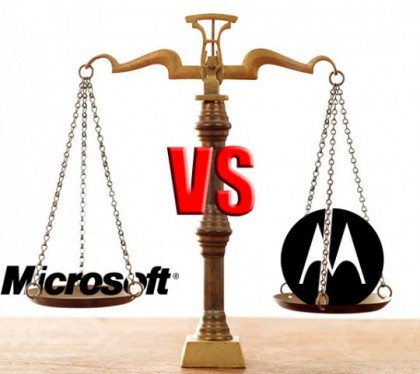 This new ban revolves around “a method and system for receiving user input data into a computer system having a graphical windowing environment.” Microsoft claim that the patent covers functionality built into Android and it’s looking increasingly likely that Google must alter Android to avoid further violations or pay Microsoft what it demands. Although to enforce the ban, Microsoft will have to pay $61.4 million.

We’re pleased this decision builds on previous rulings in Germany that have already found Motorola is broadly infringing Microsoft’s intellectual property. We will continue to enforce injunctions against Motorola products in Germany and hope Motorola will join other Android device makers by taking a license to Microsoft’s patented inventions.

The fact that Android device makers like HTC and Samsung have avoided Microsoft’s wrath is because they have already licensed the patents. Google is the one company that, so far, has held out.

We are waiting for the written decision and are evaluating our options, including an appeal.

And who says they really want to be friends?!